Why is Tulsi plant considered sacred in Hinduism?

Tulasi plant is venerated by Hindus while the meaning of the name Tulasi being the incomparable one. It is said that the house of every Hindu must have a Tulasi plant. This plant needs a little sunlight and water to survive. It has many types such as Rama Tulasi, Krishna Tulasi, and Vishnu Tulasi.

It is believed in the Hindu culture that Lord Vishnu gets pleased if worshipped by Tulasi or a garland made out of Tulasi leaves. Keeping this plant at home can invite good luck and prosperity. 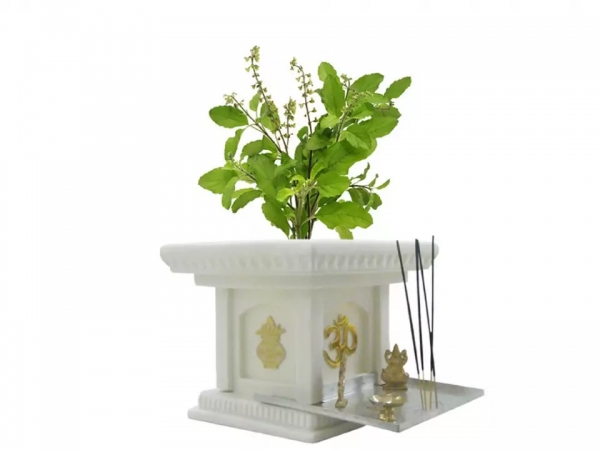 Tulasi is the most sacred plant for Hindus as this is considered as the earthly manifestation of goddess Lakshmi. According to some mythological story, it was said that Tulasi is actually an ardent lover of Krishna whom Radha has cursed to be a plant. Hindus believe that every house that has Tulasi plant is a place of pilgrimage and death can never enter. Even the withering of Tulasi indicates that some bad is going to happen in the house.

According to another Hindu mythological story, a demon named Jalandhar has a wife called Vrinda. Jalandhar penanced and got a boon that he will live till eternity until he loses his Krishna kavach (his armor) and his wife loses her chastity. But when the demon started created havoc in all the three worlds, Lord Vishnu and Lord Shiva thought of ending up his life. Then Lord Vishnu approached Jalandhar and asked for Krishna kavach which Jalandhar gives off in a weak moment.

Then, Lord Shiva fights with Jalandhar while Lord Vishnu disguises himself as Jalandhar and breaches his wife’s chastity. This breaks the boon he was given and Jalandhar gets killed.

When Vrinda came to know the fact, she hated Lord Shiva for killing her husband. She cursed Vishnu to become a black stone and to stay away from his wife Lakshmi. Feeling betrayed, Vrinda jumps into the ocean and sacrifices her life. Lord Vishnu transforms her soul into a plant and names it as Tulasi. 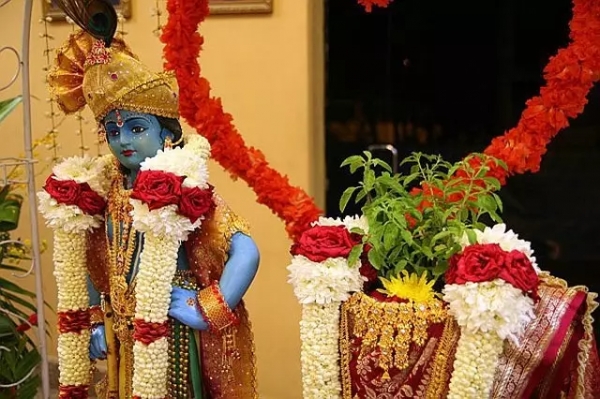 Lord Vishnu gets turned into Saligrama and the curse of being away from wife gets into reality during Ramavatar. Vishnu in the form of Saligrama is married to Tulasi on Prabodhini Ekadasi which is commemorated as the day of Tulasi Vivah. Later, Tulasi attains a divine status and was blessed to be the dearest of Lord Vishnu. Hence Lord Vishnu is always worshipped with Tulasi leaves.