Why do the people of Britain believe in the superstition that Friday, the 13th is unlucky?

All the ominous concepts surrounding Friday the 13th has become more than popular not only in Britain and the western countries but all over the world. Where did such a belief originate from that a particular date and day of the week are to be considered unlucky. Let's see the reason behind it: 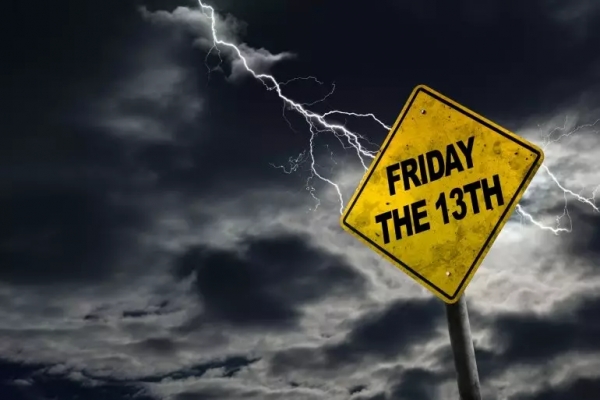 This common belief is known to have its origin in western superstition itself. Friday the 13th specifically refers to that occurrence when the 13th day of a month falls on a Friday to the Georgian calendar. This is supposed to happen at least once in a year, but it can occur up to three times in the same year.

The idea may have originated from the biblical story of Jesus Christ and his Last Supper with his 12 disciples and Christ’s crucifixion the next day which was a Friday. There were 13 individuals present in the upper room during the last supper which was on the 13th of the month, the night prior to Christ’s death on Good Friday.

Another commonly held belief behind this is the historical event of the raid on the Knights Templar on Friday the 13th, 1307, that essentially led to their annihilation. This event has been made popular by Dan Brown’s well-known novel, Da Vinci Code, among other works on it.

To add to this is the fear and repulsion surrounding the number 13th which is scientifically referred to as "triskaidekaphobia". The fear of Friday the 13th has been scientifically termed as Paraskevidekatriaphobia.

But records often tend to believe that the grouping of Friday with the 13th day of the month has its roots only in the 20th century specifically by Thomas Lawson’s work titled, Friday, the Thirteenth. Whatsoever might the exact origin behind this superstition; it has had an unavoidable social impact on us over the years.