Why did the arrival of Ivanka Trump attract so many controversies in Hyderabad?

The Global Entrepreneur Summit that was held in Hyderabad from 28 November 2017 to 30 November 2017 at the Hyderabad International Convention center (HICC) and Hyderabad International Trade Expositions (HITEX) had Ms. Ivanka Trump, the Daughter and Advisor of the American president Donald Trump, as the chief guest. This visit secured most attention rather than her first visit to India because it is when she visited as a Senior White House Advisor. On this visit, she led a delegation of Senior White House Officials as well as American Entrepreneurs. 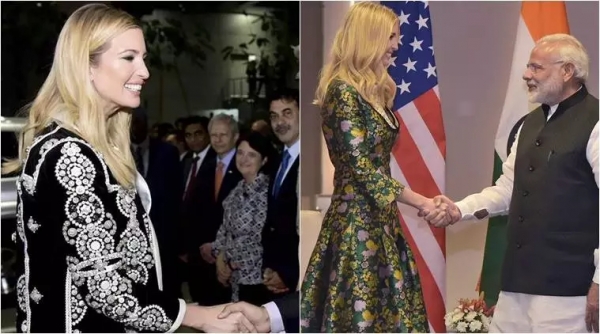 The Ever Idle State Government Got Consciousness

Apart from the meetings and sessions, what attracted everyone and even annoyed is the over-enthusiasm of the government officials who have not done anything regarding the maintenance of Hyderabad roads and drainages, even when heavy rains have ripped of the surfaces of roads and potholes have made many accidents. The dedicated Municipal department officials were seen everywhere before a week she arrived.

They have immediately done some beautification to camouflage the hidden damages of the true city. The roads were all repaired, the margin markings were drawn properly and night light indicators were fixed. The open manholes were closed and beautiful idols were placed on the dividers, while the walls were very attractively painted. There were no papers and plastics on the roads, no dirt and no unwanted bills on walls. The stray dogs were completely taken care of not to be seen anywhere. All the beggars and homeless people have been driven out of the city to show off its richness.

The forlorn destitute people are feeling happy that they got some shelter and food in the Ashrams rather than being wandering on streets. The government officials said that they were taking care of dogs, which is good. The pedestrians and riders are also happy that the road signs are now clearly visible and potholes got covered, and hence the number of accidents came down. The city is clean and beautiful to be seen.

Now, the haters or the critics who are all the citizens and Hyderabad localities who got stunned by the dedication the government officers have shown put the whole episode into the territory of dark clouds of suspicion. Why Just Now?? Why, unless some American Dignitary arrives, the Municipal Authorities does not think about the city???