What is Time-shared Common Bus in Computer Architecture?

During the bus is available, the processor can start a connection with the destination unit to introduce the transfer. A command is issued to advise the destination unit about the task to be implemented. The receiving unit recognizes its address in the bus, and then responds to the control signals from the sender, after which the transfer is initiated. 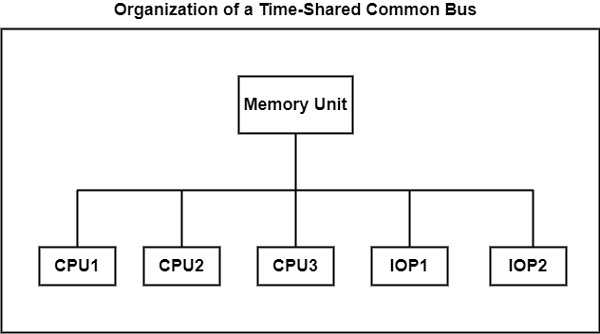 There is a restriction of one transfer at a time for a single common-bus system. This means that other processors are busy with internal operations or remain useless waiting for the bus when one processor is interacting with the memory.

The system processors are kept busy by the execution of multiple separate buses, to allow multiple bus transfers simultaneously. However, this leads to an increase in the system cost and complexity. The figure shows a more economical execution of a dual bus structure for multiprocessors. 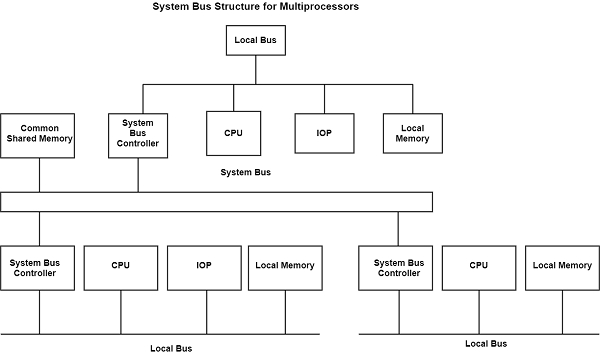 The I/O devices linked to both the local I/O peripherals and the local memory is accessible to the local processor. All processors transfer the memory linked to the common system bus.

When an IOP is linked precisely to the system bus, the Input/Output devices connected to it are made accessible to all processors. There is only one processor that can interact with the shared memory, and different common resources by the system bus. All the multiple processors are busy connecting with their local memory and I/O devices.