What is the Jaipur Literature Festival all about?

The Jaipur Literature Festival is a literary festival which takes place in Jaipur each year in the third week of January. Started in 2006, the world's largest free literature festival known as JLF, takes place in Hotel Diggy Palace every year. When The festival was initiated in the year 2006, only 18 writers including Namita Gokhale, Shobhaa De, and Hari Kunzru and 14 other authors were a part of it. There were a small number of 100 folks who attended the event.

It has been sponsored by Sonjoy Roy of teamwork arts while Surina Narula is the Founder Sponsor and Festival Advisor for the literature festival.

Literary Value and Grandeur of the Festival

The event has been inaugurated by important dignitaries such as the Chief Minister of Rajasthan, Smt Vasundhara Raje and other. By the time the session finishes each day, the size of the crowd inside the venue gets multiplied so much that it is hard to move between the stages or squeeze through the various entrances. 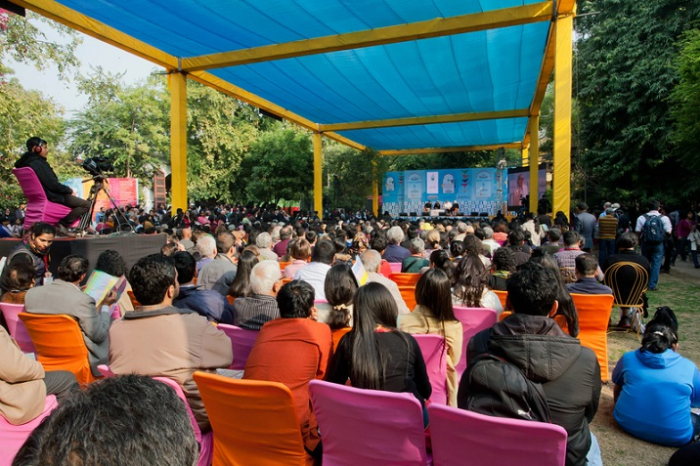 With an approximate attendance of nearly 100,000 annually, the festival becomes really like a 'Kumbh Mela' during the 5-day event. The Festival unites some of the world's greatest minds from PAN India and other South East Asian Countries, especially ranging from historians, humanitarians, business leaders, and people form entertainment industry etc. They all put forth their ideas and exchange harmoniously. There is a healthy discussion of quite a lot of eminence.