What is the Temptation Scene in Absalom and Achitophel all about?

John Dryden was a brilliant satirist in the Neo classical period. His “Absalom and Achitophel” is regarded as not simply a satire, but a poem as Dryden himself calls it “a poem.” The central theme is : Temptation, sin, fall and punishment.

Temptation scene of Absalom and Achitophel

Absalom, the illegitimate child of King David was prompted by Achitophel, The Earl of Shaftesbury, to fight for the throne and take over the throne from King David, Absalom’s father. With studied flattery and art, Achitophel begins a long temptation speech to seduce Absalom to this rebellious cause.

This temptation scene even resembles Paradise Lost by John Milton in some respect. Both employ a great deal of flattery. While in Paradise Lost, Satan persuades Beelzebub and other arch-angels to stand up for the rightful cause, here Achitophel who is allegorically Anthony Ashley Cooper tempts the gullible Absalom to take over the throne from his father, so that King David does not give the throne to King James, who is King David’s brother and thereby an obvious heir to the throne. He exaggerates the qualities of Absalom:

“ The Young-mens Vision, and the Old mens Dream!

He compares Absalom with God. Achitophel makes Absalom blind for power. Achitophel does so because he was bereft of the Lord Chancellorship position once by King David and so it was Achitophel’s way of ruling through the illegitimate child of King David, who is Absalom. Absalom’s lust for power and disobedience towards his father brings his fall. His innocence is lost because of Achitophel who urges Absalom to "commit a pleasing rape upon the crown". 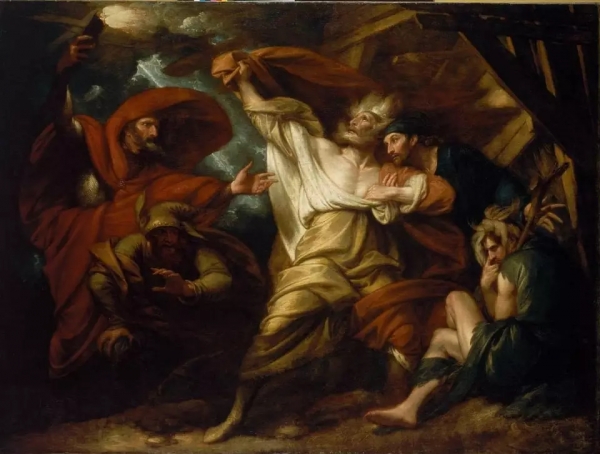 This long temptation scene is basically the heart of Absalom and Achitophel and is very important in order to understand the basic theme of the long epic.