What is the famous poem Kubla Khan all about?

Kubla Khan is one of the most famous poems written by Samuel Taylor Coleridge. Coleridge who was a Romantic poet and became immortal after writing this unique poem. 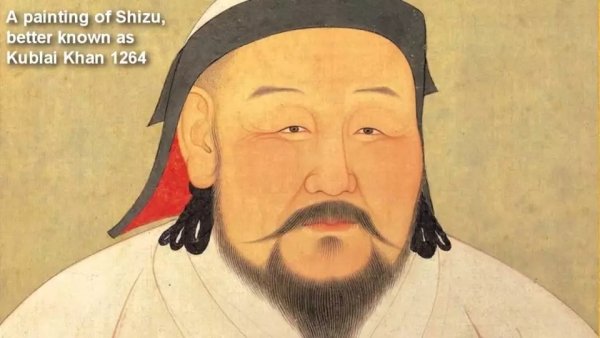 The speaker starts by describing the setting of Emperor Kubla Khan's palace as a "pleasure dome." He tells us about a river that runs across the land and then flows through caves into the sea. He also describes the fertile land surrounding the palace. There is a vivid description of a nearby area all covered in streams, trees, and beautiful forests. He also describes how a river leaps and smashes through the canyon, first exploding up into a noisy fountain and then finally sinking and flowing through those caves into a distant ocean.

The speaker then goes on to describe Kubla Khan as the emperor himself who is listening to this river and thinking about war. He saw a woman singing and playing an instrument. The memory of her song fills him with a longing which makes him imagine himself singing his own song. 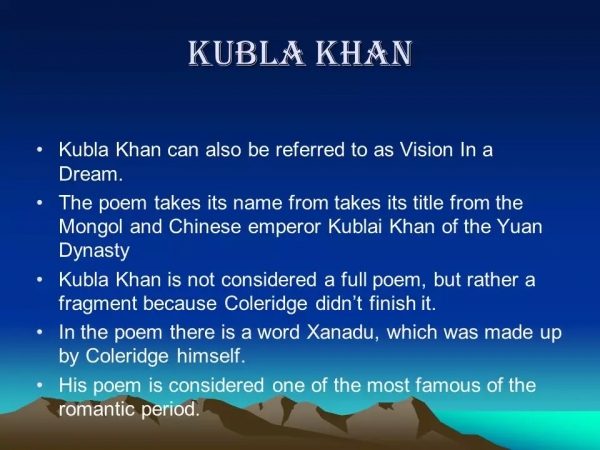 In the end, the poem becomes mysterious as the speaker describes his own reminiscences which brings him onto the final image of a terrifying figure with flashing devouring eyes.