What is Keynesian Multiplier and how does it work? 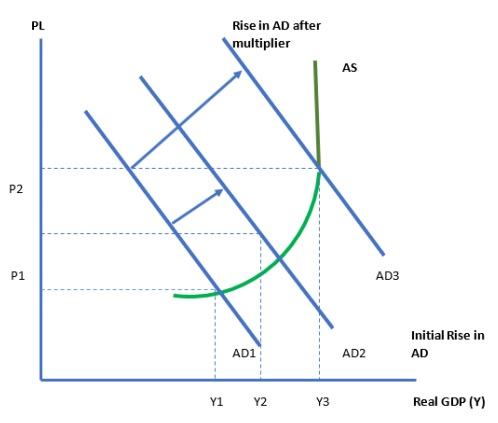 The Keynesian Multiplier is calculated in the following way −

Savings Tendency on the Margin

The marginal propensity to save is the difference between total savings and total income as a consequence of a change in total income. In the case of an increase in an individual's income, the marginal propensity to save (MPS) is a measure of the percentage of increased income that the individual saves rather than spends on goods and services. MPS is computed using the formula MPS = ΔS/ΔY.

Consumption Tendency on the Periphery

This implies that for every $$