What is the Keltner Channel, and how does it work?

The Keltner Channel is a technical analysis indicator that is made up of three independent lines that are connected. It consists of a central moving average line, as well as channel lines that are situated above and below the center line.

This is an example of Keltner Channel below − 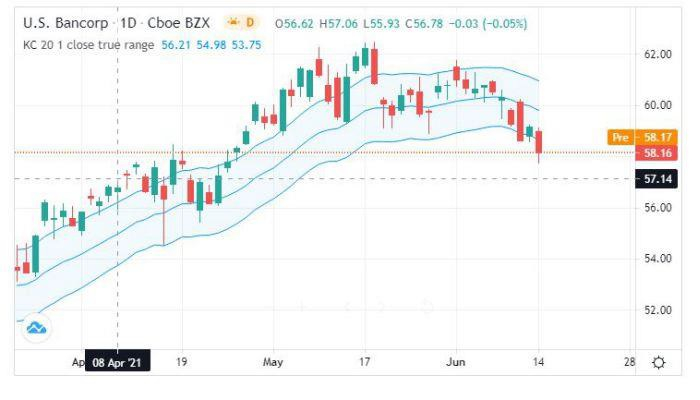 How to calculate Keltner Channels?

Choose the asset's holding term, which is normally 20 periods but could be changed before computing the EMA.

Immediately after the selection of the number of periods, calculate the Average True Range (ATR) (usually 20 but may change).

Select the Multiplier to be used for the ATR. This is normally two, although it may be changed if necessary.

Using a specified multiplier (usually two), multiply the ATR by that number and remove that value from the moving average to determine the value of the bottom band.

What is the origin of Keltner Channel?

The Keltner Channel is named after after an American trader Chester W. Keltner, who is also credited to have written a book in the 1960 on assets.

Keltner changed his initial version that showed a 10-day moving average and closing prices. He later focused on the central line and the typical price and presented the average of high, low and closing price of the commodities. Keltner Channel remains one of the widely implemented concepts despite it not being implemented in its exact form.