What are the Generations of Computer Systems?

In the electronic computer world, we measure technological growth by generation. A specific system belongs to a specific generation. Each generation denotes a significant change in computer design. The UNIVAC defines the first generation. 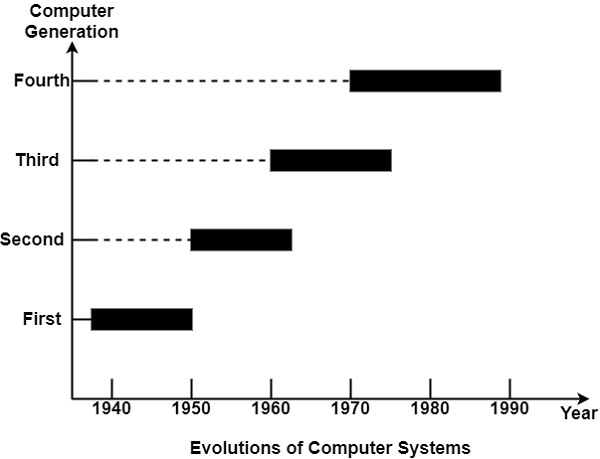 Transistors were created in 1948. The first transistorized digital computer, TRADIC, was generated by Bell Laboratories in 1954. Discrete transistors and diodes were the constructing structures including 800 transistors were utilized in TRADIC. Assembly languages were used until the advancement of high-level languages, FORTRAN (Formula Translation) in 1956 and ALGOL (Algorithmic Language) in 1960.

This generation was indicated by the application of small-scale integrated (SSI) and medium-scale integrated (MSI) circuits as the basic building structure. Multi-layered printed circuits were used. Core memory was still used in CDC-6600 and other devices still, by 1968, some quick devices such as CDC-7600, create to restore center with solid-state memories.

Multiprogramming was developed to allow the simultaneous execution of many program segments interleaved with I/O operations. There are many high-performance computers like IBM 360/91, IlliacIV TI-ASC, Cyber-175, Star-100, and C.mmp, and several vector processors were developed in the early seventies.

The current generation of computers maintains the application of large-scale integrated (LSI) circuits for both logic and memory areas. High-Density packaging has occurred. High-level languages are being continued to manage both scalar and vector information including the extended FORTRAN in some vector procedures.

Most operating systems are time-sharing, using virtual memories. Vectorizing compilers have appeared in the second generation of vector machines, like the Cray-1 (1976) and the Cyber-205 (1982).

The Fifth Generation (2010 to Present)

The fifth generation of computers is implied on artificial intelligence. AI is an advanced technology that includes several feasible applications throughout the world.

The main goal of this generation of computers is to create a device more proficient in self-organization and research, containing could reply to natural language input. The thousand computer elements have subsisted off the production of a microprocessor as this generation depends on Ultra Large-Scale Integration (ULSI).