What are the six systems of Ancient Indian Philosophy?

Metaphysics played an extremely important role in Ancient Indian learning and social system. These metaphysics formed the philosophical foundation of life. Hence, it was given the term Darshana which literally means showing the path (of life). The Shad-Darshanas or the six systems of the Astika or the orthodox schools of Indian Philosophy consider the authority of Vedas. 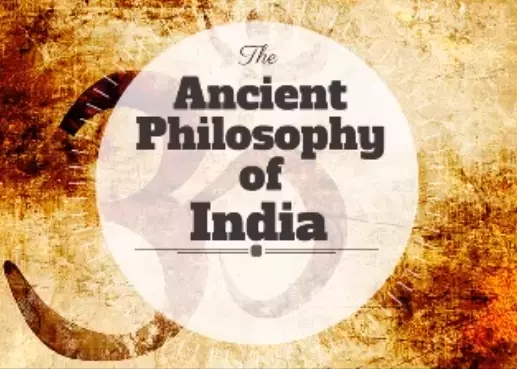 The founder of Nyaya is Akshapada Gautama and it dated back to 2nd Century BCE. It is a school that deals with logic and epistemology. Its main objective is to help to eliminate ignorance of knowledge. It enlists four valid (Pramana) and four invalid means of gaining knowledge. It is very closely linked with Vaisheshika School.

Popularly understood as the atomistic school of Indian Philosophy. It elaborates on seven elements of matter with the nomenclature of Saptapadartha- Dravya (substance and also includes the Panchamahabhutas), Guna (Qualities), Karma (activities), Samanya (generalist traits), Vishesha (specialty), Samavaya (inter-relatedness) and the last addition which is Abhaava i.e absence.

Samkhya is an extremely complex school of philosophy that goes deep into the understanding of the creator and the creation. There are terms like Mahat, Purusha, Prakriti, Tri-Gunas, that are explored in this school. The school is credited to Sage Kapila.

The Mahat is the universal cosmic spirit. Purusha is the passive element whereas Prakriti is the active element which creates Manas(Mind) and the three Gunas- Sattva(Calm and composed), Rajas (momentum, dynamism and egoistic) and Tamas (imbalanced, chaotic and destructive).

While Samkhya highlights the three Gunas of Sattva, Rajas, and Tamas, the eight-limbs of Yoga Sutras of Patanjali highlight how to connect with the greater cosmic essence and enhance spirituality. These eight-limbs include- Yama (moral conduct), Niyama (Disciple), Asana (right posture), Pranayama (effective breathing), Pratyahara (withdrawing the senses), Dharana (to concentrate on one object), Dhyana (meditation), Samadhi (supreme bliss/ salvation).

Sage Jaimini is associated with Purva Mimamsa who is considered to be the disciple of Sage Vyasa. This text provides details on why is it important to conduct Vedic rituals for a person to attain the last ultimate goal of life which is Moksha (usually understood as Salvation). This deals with Karma Khanda i.e action based compendium of knowledge in the Vedas.

Vedanta, as the name suggests, is the last of the four forms of Vedas, the other three being Brahmanas, Samhitas, and Aranyakas. Aranyakas and Vedanta form the Jnana Khada viz. a more metaphysical element for a person to explore. The beginning of Vedanta is credited to Sage Bhadrayana.