What are the Gateways in Computer Networks?

Gateways and routers are used correspondingly. It can transform data packets from one protocol architecture to another before forwarding them to connect two multiple networks. Therefore it includes protocol conversion services at the application layer. A gateway is a connecting device that can relate to several networks. They can be implemented at the application layer of the OSI model. They handle messages, locations, and protocol conversion to produce a packet to its terminal among two connections.

The main disadvantage of the gateway is that gateways are moderate because they need to implement intensive conversions.

Given below is an image depicting the structure of gateway in a computer network:− 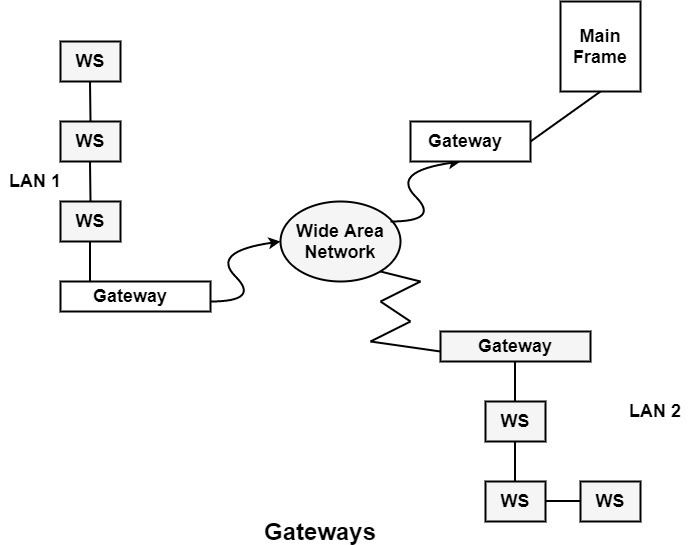 The characteristics of gateways are as follows −

The advantages of gateways are as follows −