What are the different types of Castings in computer networks?

Transmitting the data in the form of packets over the internet is called casting.

The different types of casting are as follows − 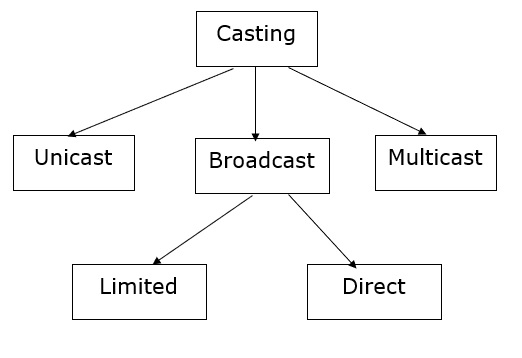 Let us see each casting type in detail −

Transmitting data from one source host to one destination host is called a unicast. It is called as a one to one transmission.

Transmitting data from one source host to all other hosts present in the same or other network is called broadcast. It is called a one to all transmission.

Broadcast is classified into two types, which are as follows − 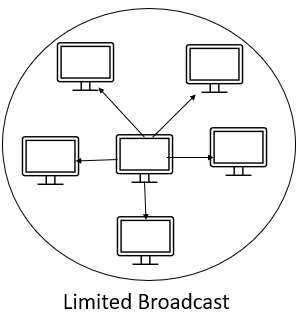 In Limited Broad casting if the destination address is 255.255.255.255 then the packet will be sent to all the hosts in the network.

Limited Broadcast address of any network

In direct broadcast Host ID bits are all set to 1, Network ID is the IP address where all destination hosts are present.

For example − Source IP address is 12.34.5.6 sending data to all other nodes present at different network having IP address 24.0.0.0

Transmitting data from one source host to a particular group of hosts that are interested in receiving the data is called Multicast. It is also called one to many transmissions.

For example − Sending messages on whatsapp to particular groups, video conferences, and sending email to groups of people.