What are static routing algorithms in computer networks?

Static routing algorithm is a form of routing which occurs when a router uses a manual configuration routing entry rather than dynamic entry.

In different cases, static routes are manually configured by a network administrator by adding entries into the routing table. It is not possible in all cases. Static routes are fixed and do not change if the network is changed or reconfigured.

Static and dynamic routing is not mutually exclusive. They are usually used on a router to maximise routing efficiency and to provide backups in the event that dynamic routing information fails to be exchanged.

The different uses of Static routing are as follows −

The advantages of static routing algorithm are as follows −

The disadvantages of static routing algorithm are as follows −

Step 1 − static router to function properly, the routing table has to be maintained for every network in the internetwork.

Step 2 − Hosts are configured on a network so that their default gateway address matches the IP address of the local router interface.

Step 3 − When a host needs to send a packet to another network, it forwards the packet to the local router, then checks its routing table and determines which route to use to forward the packet.

Step 4 − Static routers are difficult to administer when compared to dynamic routers, but they can be more secure because the administrator controls the configuration of the router. 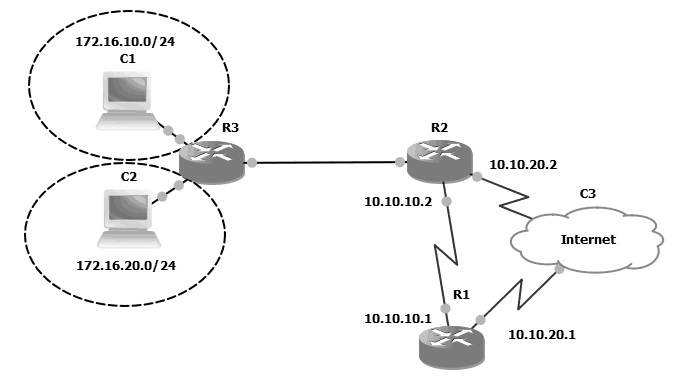