What are the different access technologies in computer networks?

Access Network is a type of network which connects the end system to the immediate router, physically in the path from the end system to any other distant end system. In telecommunications it is the network connecting subscribers to ISP.

Some of the examples of the Access Networks are as follows −

This is useful if achieving both telephone and internet access is required. In the digital subscriber line there is no requirement for additional wire or cable and it is cost effective.

The pictorial representation of DSL is given below −

Fibre to the home

It can be defined as a technology in which optical fibre media is used to provide internet access to residential and commercial places from a central point.

Using this technology a high speed of 100 Megabits per second is achievable. It is essential when implemented in a small geographical area as implementing it in a large area is costly.

The pictorial representation of FTTH technology is as follows − 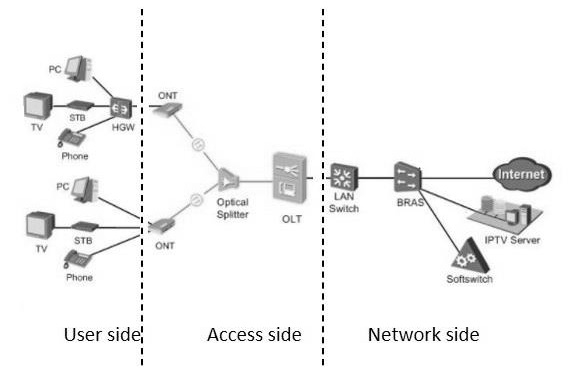 Ethernet can be defined as a connecting media used in networks in order to enable communication between devices. This is mainly used in Local Area Network or LAN.

The main characteristics of Ethernet are as follows −

The pictorial representation of Ethernet Technology is given below − 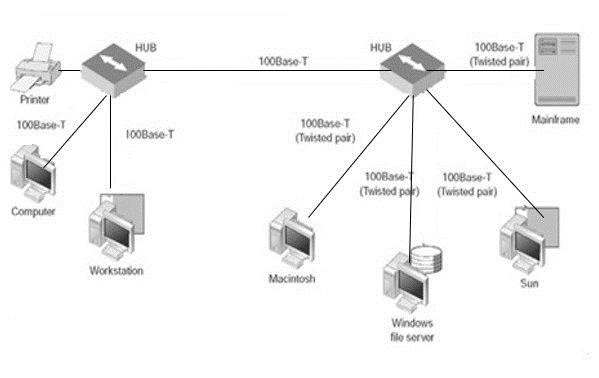 This is formally called Wi-Fi. The current wLANs are used 10 Mbps data within 300feet.these are related end user only, that means related to a particular college campus or government sector. It is owned by themselves.

The pictorial representation of Wireless LAN technology is given below − 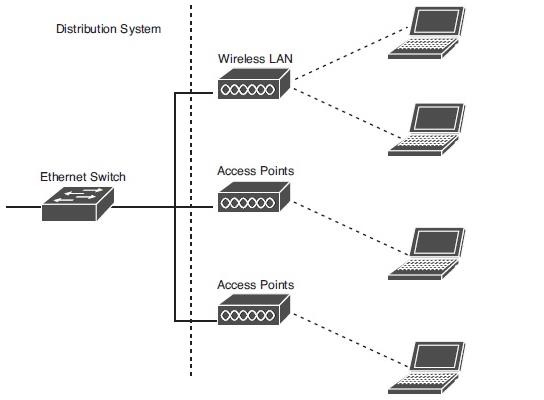 This is used in cellular phones. In these systems, packets are transmitted over the same wireless infrastructure with the base station. These are being managed by a telecommunications provider.

This provides wireless access to users within a radius of tens of kilometres of the base station. This Technology is also known as 3G means third generation cellular phones, in this data integrated over cellular phones. 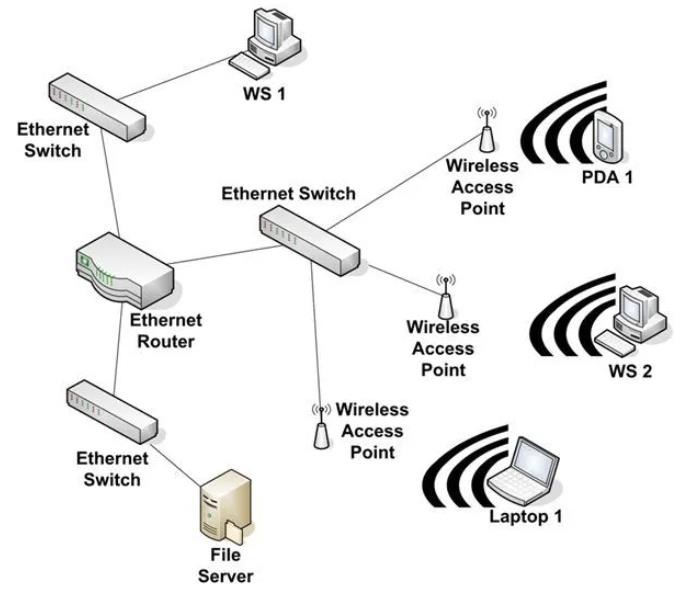