What are Gateways in Computer Network?

A gateway is a network node that forms a passage between two networks operating with different transmission protocols. The most common type of gateways, the network gateway operates at layer 3, i.e. network layer of the OSI (open systems interconnection) model. However, depending upon the functionality, a gateway can operate at any of the seven layers of OSI model. It acts as the entry – exit point for a network since all traffic that flows across the networks should pass through the gateway. Only the internal traffic between the nodes of a LAN does not pass through the gateway. 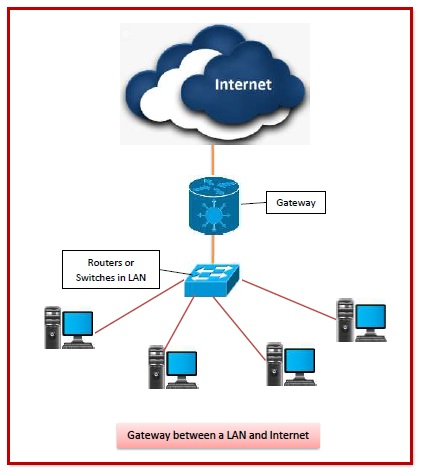 On basis of direction of data flow, gateways are broadly divided into two categories −

On basis of functionalities, there can be a variety of gateways, the prominent among them are as follows −