What are the Transmission Impairments in computer networks?

There are various causes of transmission impairments −

Let us understand them one by one.

Noise is diagrammatically represented as follows − 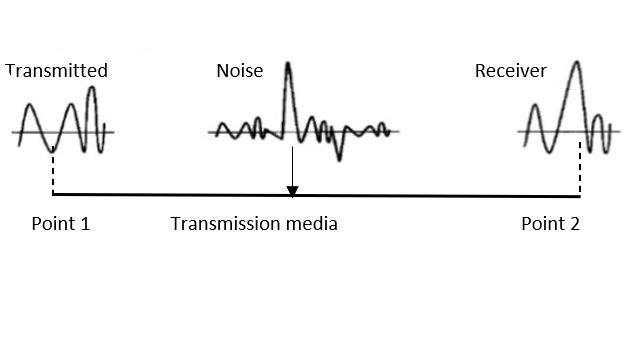 But while transmitting this composite signal, if a certain delay happens between the frequencies components, then there may be the chance that the frequency component will reach the receiver end with a different delay constraint from its original which leads to the change in shape of the signal. The delay happens due to environmental parameters or from the distance between transmitter and receiver etc.

Distortion is diagrammatically represented as follows − 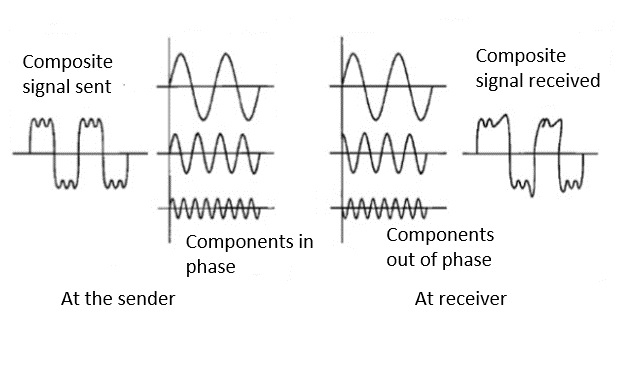 The above picture shows that the signal loses power at its travels time.

Attenuation is diagrammatically represented as follows − 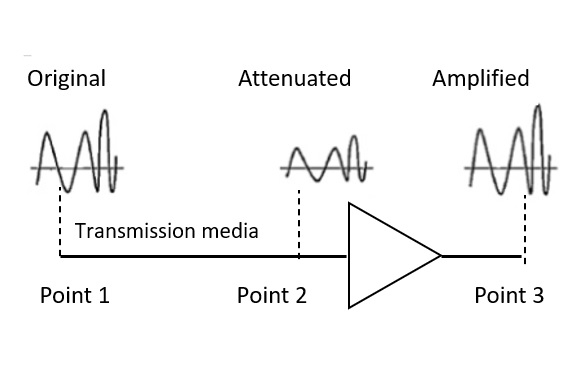