What are Hub and Switch in Computer Network?

A hub has many ports in it. A computer which intends to be connected to the network is plugged in to one of these ports. When a data frame arrives at a port, it is broadcast to every other port, without considering whether it is destined for a particular destination or not. 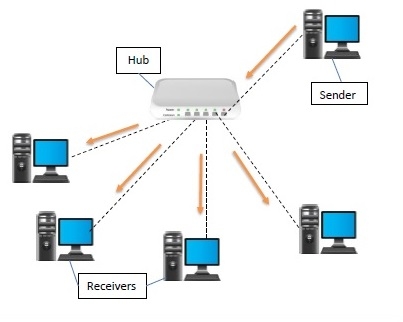 A switch is a data link layer networking device which connects devices in a network and uses packet switching to send and receive data over the network.

Like a hub, a switch also has many ports, to which computers are plugged in. However, when a data frame arrives at any port of a network switch, it examines the destination address and sends the frame to the corresponding device(s). Thus, it supports both unicast and multicast communications. 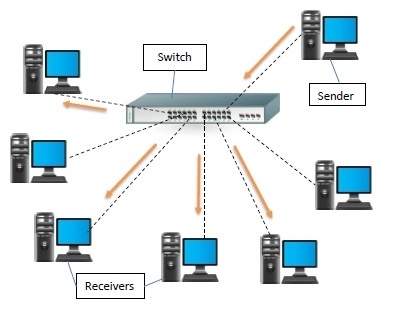 Differences between Hub and Switch