What are Bridges in Computer Network?

Bridges are used to connect two subnetworks that use interchangeable protocols. It combines two LANs to form an extended LAN. The main difference between the bridge and repeater is that the bridge has a penetrating efficiency.

A bridge accepts all the packets and amplifies all of them to the other side. The bridges are intelligent devices that allow the passing of only selective packets from them. A bridge only passes those packets addressed from a node in one network to another node in the other network. 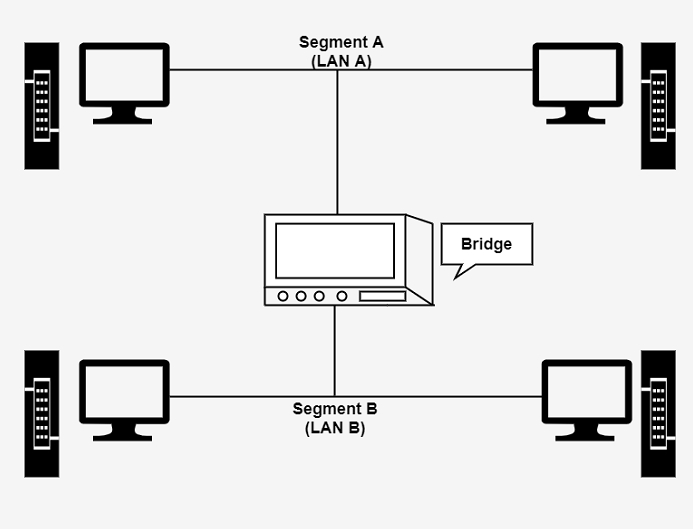 A bridge performs in the following aspect −

There are generally two types of bridges which are as follows −

It is also called learning bridges. Bridge construct its table of terminal addresses on its own as it implements connecting two LANs. It facilitates the source location to create its table. It is self-updating. It is a plug and plays bridge.

This sending terminal means the bridges that the frames should stay. This type of bridge is used to prevent looping problem.

The main uses of bridges are −