Packet switching is a connectionless network switching technique. Here, the message is divided and grouped into a number of units called packets that are individually routed from the source to the destination. There is no need to establish a dedicated circuit for communication.

Each packet in a packet switching technique has two parts: a header and a payload. The header contains the addressing information of the packet and is used by the intermediate routers to direct it towards its destination. The payload carries the actual data.

The process is diagrammatically represented in the following figure. Here the message comprises of four packets, A, B, C and D, which may follow different routes from the sender to the receiver. 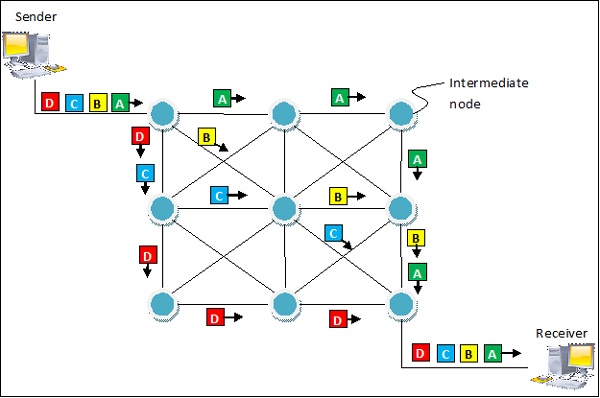 Advantages and Disadvantages of Packet Switching