What are Switches in Computer Network?

Switches are networking devices operating at layer 2 or a data link layer of the OSI model. They connect devices in a network and use packet switching to send, receive or forward data packets or data frames over the network.

A switch has many ports, to which computers are plugged in. When a data frame arrives at any port of a network switch, it examines the destination address, performs necessary checks and sends the frame to the corresponding device(s).It supports unicast, multicast as well as broadcast communications. 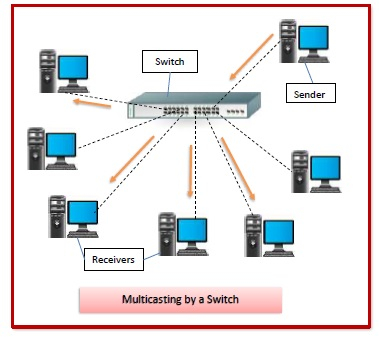