The words 'social' and 'phobia' have very different meanings. One is related to 'public,' and the other is to 'fear.' Seeing them separately, they give very different pictures. Nevertheless, putting them together changes things. "Social Phobia" - fear of the public? That seems quite horrifying. It might sound similar to being shy or introverted; however, that is far from correct. It is not even as rare as one might think; On the other hand, it is a very common anxiety disorder. However, what exactly is social phobia? Is it fear of the public? Shyness? Stage fright? Not exactly. 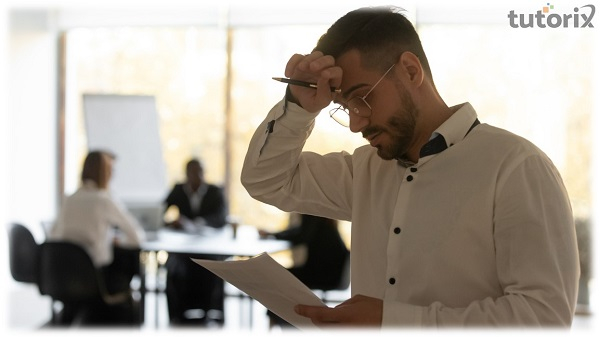 What is Social Anxiety Disorder (SAD)?

Also known as social phobia, social anxiety disorder (SAD), it is a type of anxiety disorder. It can be understood as "extreme social reticence, social isolation, social avoidance, and difficulty in social interaction." According to the Diagnostic and Statistical Manual of Mental Disorders, Fifth Edition, Text Revision (DSM-5-TR), SAD is distinct fear or anxiety about situations where individuals are exposed to possible scrutiny by others, like in social interaction with other, probably unfamiliar people, being observed while working, or performing in front of other people as in the case of a presentation. The individual fears possible humiliation or embarrassment, leading to negative impressions in front of others. Social situations, for such individuals, become a source of anxiety or fear. Social situations are like a nightmare for individuals with social phobia, and they tend to avoid social situations or go through them with extreme fear. Mostly, the anxiety felt is way more than the threat that the situation poses. All this causes distress in daily life functioning.

People with social phobia are usually very submissive, insufficiently assertive, and rarely controlling the conversation. They show a rigid body posture and inadequate eye contact and are soft-spoken. They appear shy and do not disclose much about themselves or talk openly. They prefer staying at home and usually go for professions that do not require too much human contact. Blushing is a certified physical response to social phobia. Studies have reported that social phobia is highly comorbid, co-occurring with other anxiety disorders, affective disorders, and substance abuse disorders.

Culture shapes people, their behavior, and their reactions to those behaviors. Culture provides a context in which behavior is judged. Even in the case of social phobia, which situation is judged as a threat is culturally influenced. Researchers point out that an individual's expression of social anxiety is influenced by the shared factors embedded within that culture. For one, the distinction between collectivistic and individualistic cultures and the way social interaction is structured within these cultures may influence social phobia. Collectivistic cultures promote "group" discussion, whereas individualistic cultures promote interpersonal and straightforward communication. 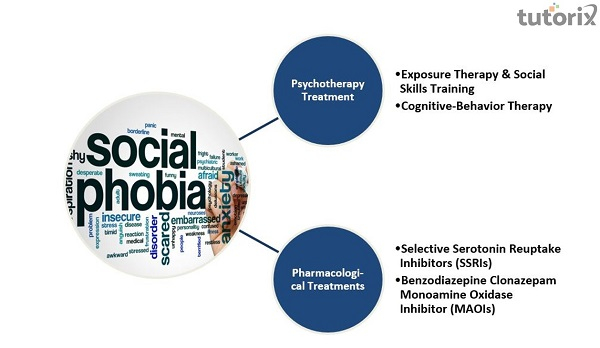 In an individual's life, the school provided the first big stage for social interaction. After entering school, an individual's world expands from home. For children with social phobia, school has been extremely hellish. They may have difficulty communicating with their teachers and peers, and activities like group projects and class presentations can prove to be very challenging and a source of stress. As a result, they may try to avoid school. In extreme situations, they may become victims of school bullying, further damaging their social life. They may feel rejected and unaccepted in their school environment. Multiple studies have found that socially anxious adolescents form worse first impressions in front of an unknown crowd. These early life experiences can have lasting effects on children into their adulthood. Effective intervention is required to help such children. Interventions aimed at improving the social skills of socially anxious children can be utilized to have them learn and apply learned skills in a school setting without being laughed at or bullied. For such an intervention to work, the support of teachers, institutions, and peers is all that is required.

Social anxiety is one of the most common forms of anxiety disorder affecting an individual throughout life. It affects all spheres of their life. Studies done in India have presented different numbers. In a 2010 study, 19.5% of the total 380 undergraduate Indian students had social anxiety at varying levels. Another study on adolescents in 2019 concluded that 18% of the 178 children had social anxiety. However, another study found it in 28% out of 100 people. Regardless, this confirms that Indians are also battling social phobia, which is seriously affecting their lives. Future studies can present a clearer picture of social phobia in India, and intervention programs can be formed to fit Indian culture.