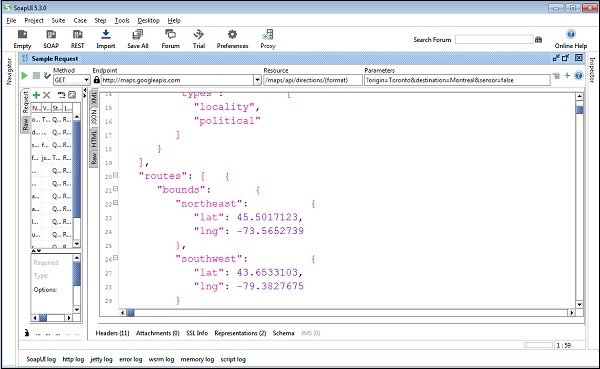 HTML − Renders the contents of an HTML response (if applicable). For example, if we create a REST service for SoapUI website and define the root page (“index.html”) as a resource with a GET method, we can see the results.

Raw − Shows the raw bytes received for the response. 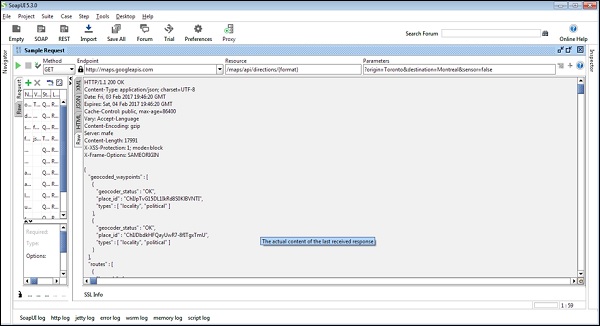 Headers − Shows all HTTP Headers received with the response. 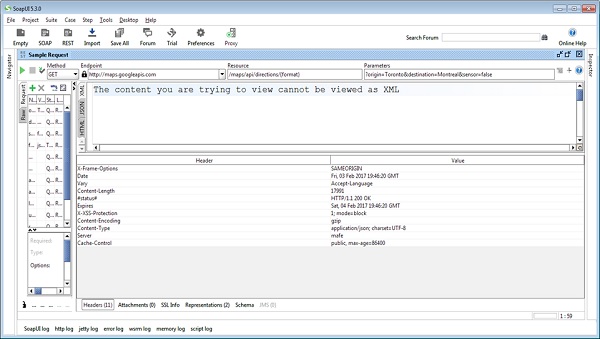 Attachments − Contains all MIME attachments returned by the response.

SSL-Info − Shows detailed information on the certificate and certificate chain used, if the request was sent over an SSL connection.