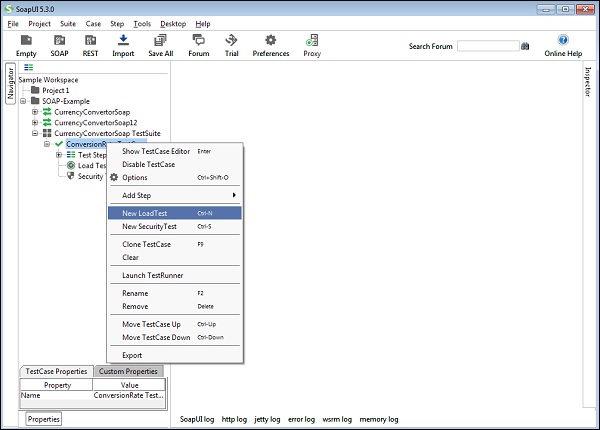 Step 2 − Enter the name of Load Test and click OK in the dialog wizard.

Load Test will open and the Load Test is created as shown in the following screenshot. 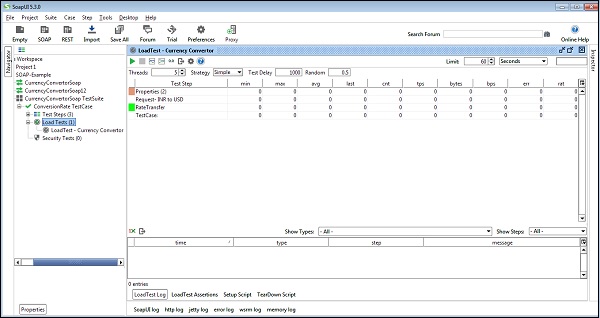 When a new Load Test is created, it is preconfigured to run for 60 seconds (top right) with 5 threads using the Simple load strategy.

Modify these values as per requirement and Run. Note − The user should be aware of Load Testing configuration and concepts. 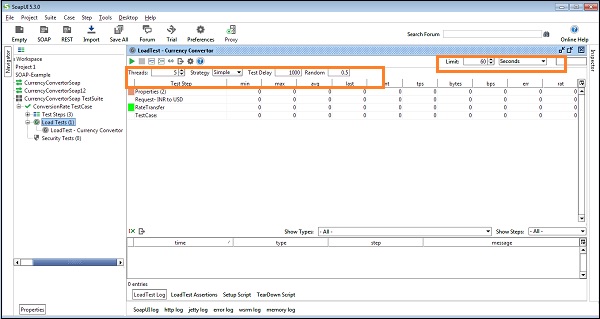 The user will see the statistics table in the middle, beginning with collecting data and after 60 seconds should have a finished LoadTest. 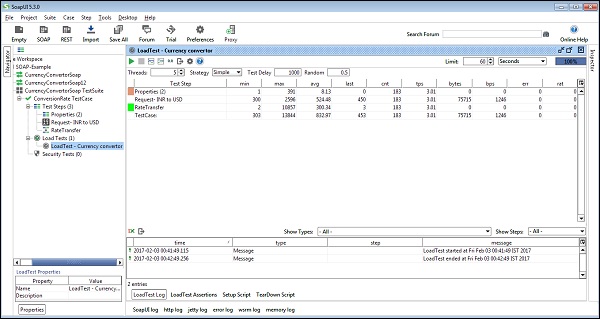 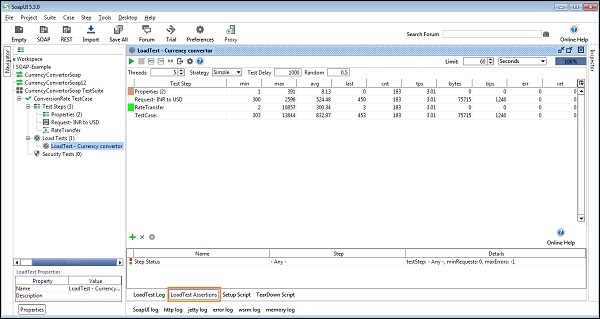 Step 2 − Click the Add Assertion button in the LoadTest Assertion menu bar to add an assertion.

Step 3 − The Add Assertion dialog will open. Select Step Maximum. Select Maximum sets a Max Time in milliseconds that the responses are allowed to take, if the time exceeds what we've set, the test will fail. Click OK. 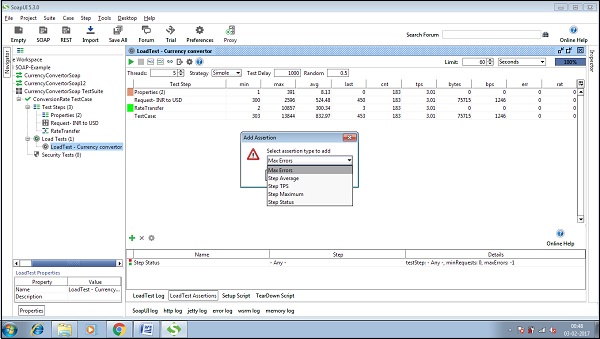 Step 4 − The TestStep Max Assertion window will open. As seen in the following screenshot, we allow a max response of one second, 1000 milliseconds. Let's not modify anything. Click Ok.

The Step Maximum assertion will now be successfully added. 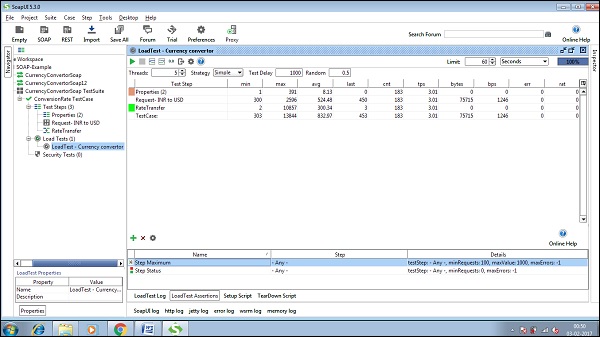 Step 5 − Now run the test again. If the responses take too long, you should see the numbers in the err column add up quickly. 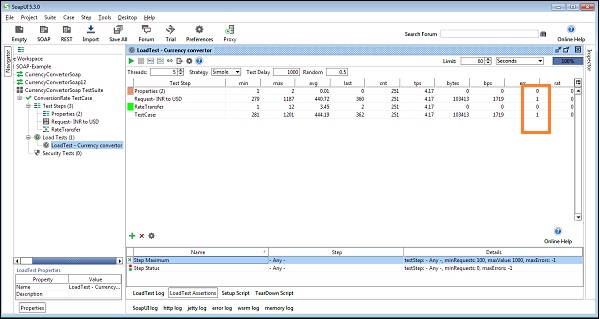