Hand movements are quite involuntary in nature. However, they tell us a lot about the other person who is using his or her hands while talking. There are rules for positive body language even in case of movement of hands.

The first rule is to have an open palm always. Open palms signify openness and acceptance. Open palms also signify honesty and sincerity. However, there is a way to read the open palms as well. If the palms are open while talking but are faced downwards, it signifies a bit of authoritative attitude of the person. This is visible especially in case of handshakes, as we saw in the previous chapter. 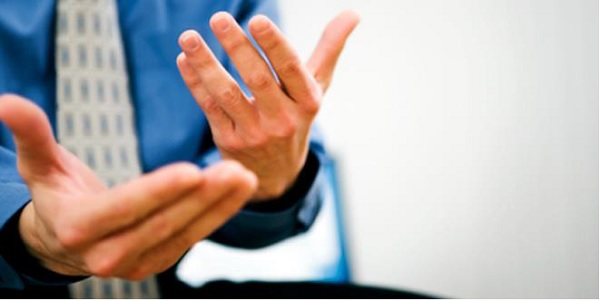 However, if the palms are open and are facing upwards, then it is a non-threatening sign. This person is approachable and can be seen as friendly in nature. The turn of palms, hence, completely alters the way others perceive us.

While speaking, the arms should not be crossed and the hands must not be clasped. Clasped hands show lack of commitment and lack of confidence. Crossed arms show defensive or nervous position. It has also been observed that if a person stands with his arms crossed, then he grasps much less of the conversation as compared to a person with open arms. Moreover, defensive body language also leads to lower retention power. 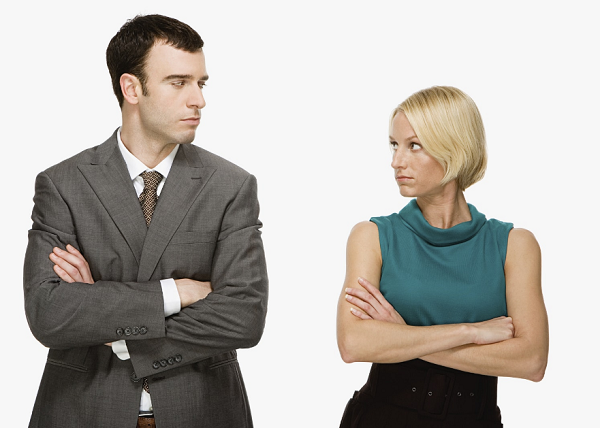 It is in our common nature to cross our arms so as to feel comfortable. However, studies have shown that such a body language is perceived as negative by people. Moreover, clenched fists are also a big no during conversations. The arms should not go below the waist level and must always be raised above the waist while speaking. The arms can occasionally go down but it should not be so throughout the conversation.

While speaking to someone, don’t grip your arms by crossing them. It is a sign of insecurity. Always avoid holding your arms together in front of your groin area, as it shows insecurity as well. It is called the Broken Zipper position. This is one posture that shows insecurity and submission at the same time and hence, must be avoided at all costs.

Don’t keep adjusting your cuff links in the public as it again shows you are too much concerned about your insecurities of coming out in public. The ladies must make a note that they should not clutch their handbags close to themselves as they talk as it shows their defensive position and their insecure nature.

When you are in a restaurant, don’t clutch your coffee mug close to your chest. There should be no arm barrier when you talking to another person. Keep an open body language and hold the coffee mug at a side.

Arms and hands have to be used carefully in conversations. The movement of your arms and hands can make or mar your discussion and can alter the outcomes significantly.