Let’s see how it works. At first, perform an NMAP scan and save the result in XML format on your desktop, as shown in the following screenshot. 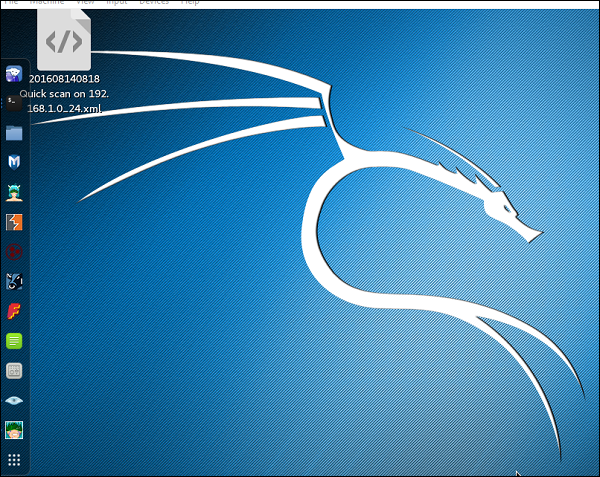 Next, open Metasploit or Armitage to import the scan results. Thereafter, use the following command to import all the host.

The following screenshot shows what the output will look like. 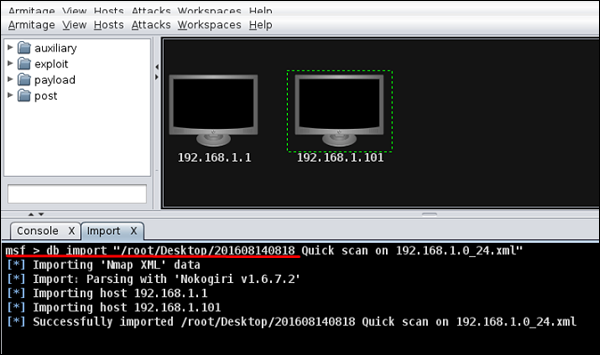 To test whether the import file was correct or not, we can run specific commands on these two hosts and see how they respond. For example, in our case, we have listed all the hosts having the port 445 running on them.