Actions prompted by a person's satisfaction serve as an instance of intrinsically inspired. In intrinsic inspiration, the urge to do behavior is not driven by the anticipation of an incentive or a certain result but rather by the pleasure one derives from performing the behavior itself. Independence, meaning, and expertise are the three pillars upon which intrinsically inspired rests. When individuals receive autonomy, see that their activities are making a difference, and get personal fulfillment from their increasing levels of competence, they are organically driven. Extrinsic inspiration, in which a person acts to get or avoid some external incentive or punishment, may be compared to and contrasted with the intrinsic drive that comes from inside. 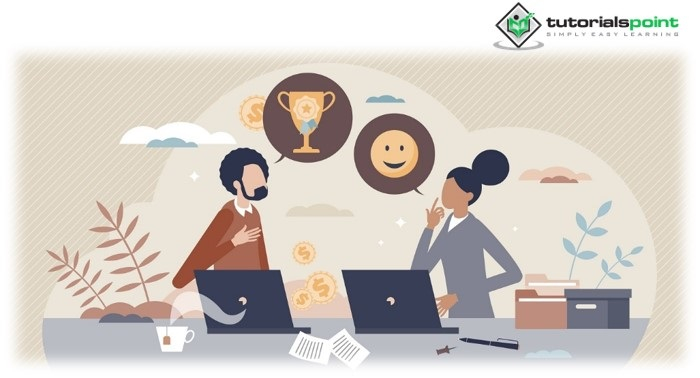 One is said to be intrinsically driven when one engages in an activity just because they find it pleasurable. The actions one is doing are driven only by internal factors rather than by the prospect of material or social benefit. That does not imply that there are no benefits to engaging in actions that inspire people; these benefits consist of making the recipient happy. Emotions like these may be triggered by engaging in activities that provide a sense of purpose, such as attending a church service or helping at a local charity. As one sees one's efforts paying off, one may feel a feeling of accomplishment, and when one acquires new knowledge or improve one's skills, one may experience a sense of competency.

Education − Education professionals have found that exploring the concept of intrinsically inspired is crucial. Instructors and curriculum developers work hard to make classrooms interesting and engaging in their own right. Furthermore, many conventional models assume that most learners find schoolwork dull and need extra inspiration to complete assignments. When individuals "engage in it for their enjoyment, and not to obtain some additional bonus as well as avoid something exterior penalty," we say that activity is achievement-oriented. Activities with this quality may be described in many ways, such as delightful, fascinating, entertaining, intriguing, and intrinsically.

Personal − Numerous situations arise naturally that illustrate the power of the intrinsic drive. Intrinsically inspired refers to the desire to do something for its own sake rather than for external incentives. Despite external variables like money and perks, one gives it all at work since one finds meaning and happiness in one's job and the work itself. It is possible that one does not worry about the neighbors' opinions of one's town's appearance because one like growing and seeing one's gardening flourish. Perhaps one dresses well not to attract attention but to represent oneself and one's appreciation of fashion. Acts inspired only by a desire to satisfy one's own needs are instances of intrinsically inspired.

Following are the major factors that influence intrinsic motivation −

One likely accomplishes many things in one's personal life because he/she is inspired to do them. These are crucial components of a healthy lifestyle, and we risk missing out on life's basic joys if we devote ourselves only to earning a living. Learning to recognize and balance one's own internal and external drives is a valuable skill.