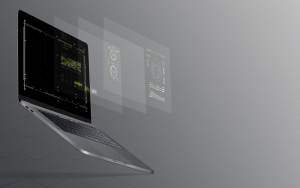 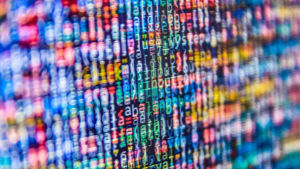 The architecture of Entity Framework, from the bottom up, consists of the following −

These are source specific providers, which abstract the ADO.NET interfaces to connect to the database when programming against the conceptual schema.

It translates the common SQL languages such as LINQ via command tree to native SQL expression and executes it against the specific DBMS system.

This layer exposes the entity layer to the upper layer. Entity client provides the ability for developers to work against entities in the form of rows and columns using entity SQL queries without the need to generate classes to represent conceptual schema. Entity Client shows the entity framework layers, which are the core functionality. These layers are called as Entity Data Model. 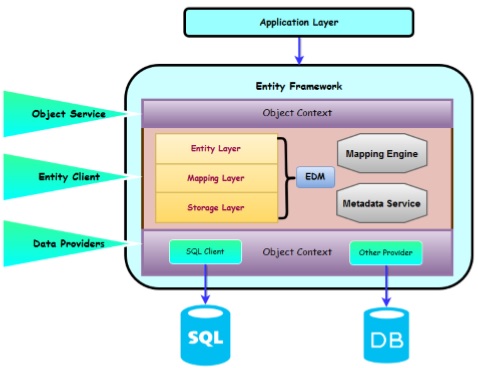 Object Services layer is the Object Context, which represents the session of interaction between the applications and the data source.