Design finite automata from a given regular expression.

Finite automata (FA) is an abstract computing device. It can be represented in the following −

The formal definition of FA is that it is a five tuples.

The regular expression can be used to describe a sequence of patterns that defines a string. It is used to match character combinations in strings.

Initially consider two states q0 and qf. Also, consider the initial and final states, q0 to qf and the given regular expression 10+(0+11)0*1

Now, divide the expression by applying concatenation i.e. let L1=0, L2=1. Concatenate both and we get L= L1.L2. 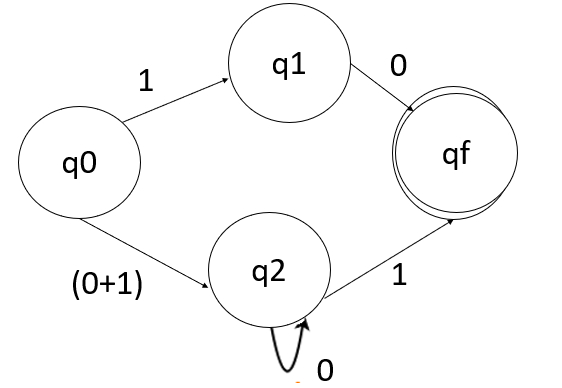 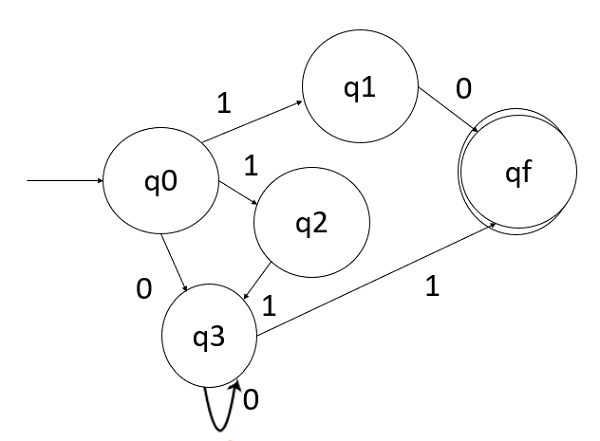