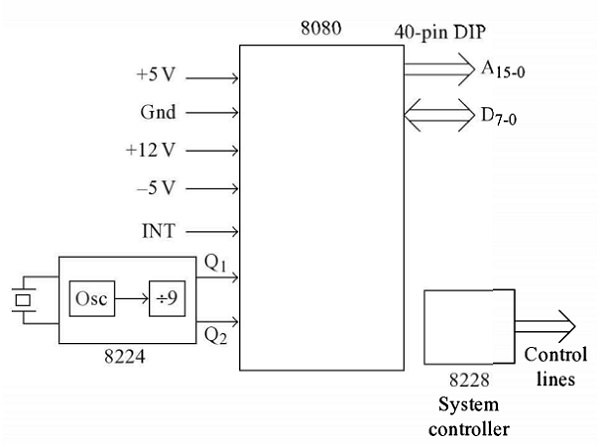 This chip has Single Interrupt pin INT. Here 8-bit data buses and 16-bit address buses are present. There are 244 instructions present for the Microprocessor 8080. 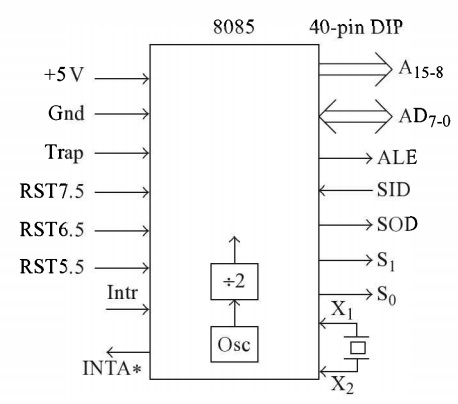 Here is a diagram of 8085 Microprocessor. This does not need the 8224 and 8228 chips with it. These are combined and placed inside the chip.

Now let us summarize the important points of 8080 and 8085 Microprocessors.