Infections, harmful chemicals, drugs, and radiation may all affect the growing baby and mother, potentially leading to a cephalic disease. These illnesses range widely in terms of their potential for impairment. Some lead to minor impairments, while others might be so severe that the affected person is permanently disabled, has much diminished functional capability, or even dies. About one in a thousand to two thousand newborns in the U.s each year are diagnosed with anencephaly, among the most severe cephalic diseases. Infant girls are disproportionately impacted. Babies born with this condition are born without a forebrain, the primary region of the cerebrum that contributes to higher−level cognitive processes and motor control. The bones and skin of the skull do not normally cover developing brain matter.

What is Cephalic Disorder?

A cephalic disease might occur when the developing neural system is harmed or does not develop normally during pregnancy. Cephalic refers to the "upper" or "head part of the body," and congenital denotes the condition was present at birth or shortly afterward. Despite the wide variety of cranial−related congenital disabilities, this information sheet will only cover the most common and well−known ones. Hereditary or genetic problems and exposures during pregnancy, including medicine used by the mother, maternal illness, or radiation exposure, have all been linked to an increased risk of fetal brain abnormalities and other cephalic disorders. Premature union of the cranial sutures is a cause of several cephalic diseases. Most cranial anomalies come from a glitch in the first few weeks of prenatal brain development.

What are the Types of Cephalic Disorder?

Following are the major types of cephalic disorder −

Anencephaly − This problem occurs when the head of the central nervous system does not shut properly during fetal development. All or most of the head, including the brain and skull, is gone, and the remaining brain cells are often on display. These infants do not wake up and are born unable to see or hear. These infants often do not make it through the first few days of life.

Colpocephaly − It seems that the brain's posterior chambers are disproportionately enlarged. Infants born with this syndrome have abnormally tiny heads and developmental delays. Other possible side effects are muscle spasms, strange movements, and convulsions.

Holoprosencephaly − During childbirth, the brain develops into a single lobe rather than the usual two. Different levels of seriousness exist. Even if a baby is born with certain abnormalities, it may be so slight that the child has a normal life. Alternately, there might be profound anomalies and impaired capability. Infants with the most severe type of this illness have a high mortality rate, sometimes occurring before or shortly after delivery. Others may make it, but their looks and brains could be permanently scarred.

Hydranencephaly − When affected by this unusual disorder, both cranial halves are born without their respective cerebral cortexes. These spaces are filled by cerebrospinal fluid instead. These newborns could seem healthy at first. However, after just a short time, they show signs of irritation. Their progress is atypical. The majority of these kids have significant changes in cognitive disability. They often do not live for more than a few years.

Hydrocephalus − Although it is not technically a cephalic condition, it may lead to big head sizes in neonates. This disorder is characterized by an abnormal accumulation of cerebrospinal fluid inside the brain's ventricles. A tube is usually needed to drain the extra fluid from a child's body. The prognosis for hydrocephalus is condition−specific and depends on the underlying cause and the timing of the initiation of treatment.

Iniencephaly − This condition includes severe spinal abnormalities and extensive backward twisting of the baby's head. The baby's abnormal anatomy might potentially endanger the mother's health. Infants born with this condition have a very low chance of survival.

Lissencephaly − Neurons normally migrate to their proper brain regions and communicate with neighboring cells. When brain cells do not form in the right spots, it may lead to this and other associated illnesses. This condition results from a tiny skull and a particular brain structure. Disabilities of the nervous system may vary from barely perceptible developmental delays to profound impairments or even death.

Microcephaly − Newborn suffering from this syndrome will have an abnormally tiny head. Even though their skulls may be smaller than usual, many children with such a condition are perfectly intelligent and educated for their age. However, this symptom is typical of several diagnosed illnesses, including Down syndrome. 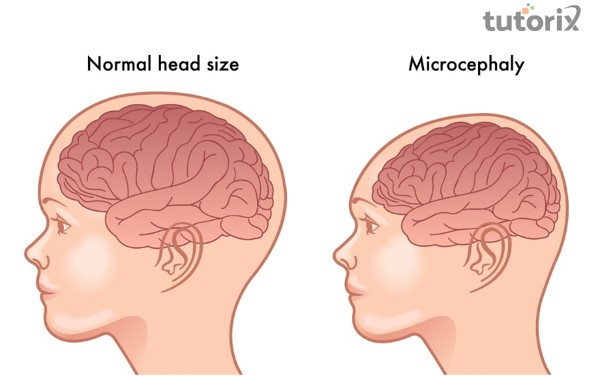 Some children with microcephaly also have cerebral palsy, sensory impairments such as vision difficulties, motor skill delays, imbalance and coordination issues, and developmental delays in thinking and learning. Other birth disorders that cause similar symptoms to microcephaly include lissencephaly and porencephaly.

What are the Symptoms of Cephalic disorder?

Following are the major symptoms −

Maintaining optimal health throughout pregnancy is the strongest defense against developing a cephalic issue in one's child. Giving up booze, cigarettes, and narcotics is a necessary step in this direction. Eating a balanced, nutritious diet is also crucial. Folic acid deficiency has been linked to an increased incidence of cranial anomalies and other birth abnormalities. However, many healthy pregnant women have babies with congenital disabilities of the skull or face. A bacterial infection or a physical trauma to the uterus during pregnancy might lead to these conditions. There is a chance that genetic predispositions have a role.