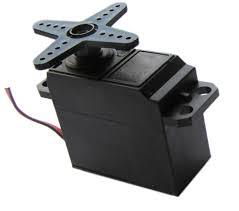 Servos are extremely useful in robotics. The motors are small, have built-in control circuitry, and are extremely powerful for their size. A standard servo such as the Futaba S-148 has 42 oz/inches of torque, which is strong for its size. It also draws power proportional to the mechanical load. A lightly loaded servo, therefore, does not consume much energy.

The guts of a servo motor is shown in the following picture. You can see the control circuitry, the motor, a set of gears, and the case. You can also see the 3 wires that connect to the outside world. One is for power (+5volts), ground, and the white wire is the control wire. 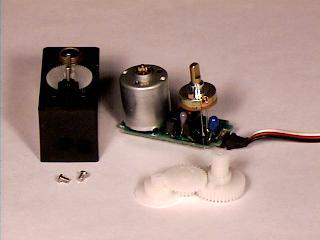 Working of a Servo Motor

The servo motor has some control circuits and a potentiometer (a variable resistor, aka pot) connected to the output shaft. In the picture above, the pot can be seen on the right side of the circuit board. This pot allows the control circuitry to monitor the current angle of the servo motor.

If the shaft is at the correct angle, then the motor shuts off. If the circuit finds that the angle is not correct, it will turn the motor until it is at a desired angle. The output shaft of the servo is capable of traveling somewhere around 180 degrees. Usually, it is somewhere in the 210-degree range, however, it varies depending on the manufacturer. A normal servo is used to control an angular motion of 0 to 180 degrees. It is mechanically not capable of turning any farther due to a mechanical stop built on to the main output gear.

How Do You Communicate the Angle at Which the Servo Should Turn? 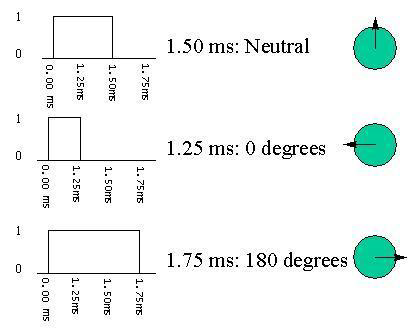 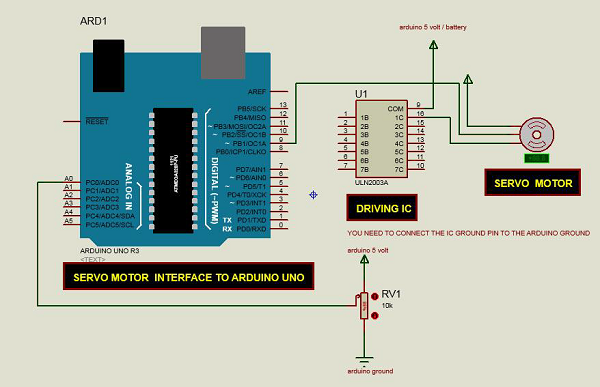 A voltage divider/potential divider are resistors in a series circuit that scale the output voltage to a particular ratio of the input voltage applied. Following is the circuit diagram − 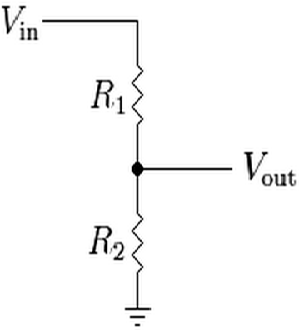 Vout is the output potential, which depends on the applied input voltage (Vin) and resistors (R1 and R2) in the series. It means that the current flowing through R1 will also flow through R2 without being divided. In the above equation, as the value of R2 changes, the Vout scales accordingly with respect to the input voltage, Vin.

Typically, a potentiometer is a potential divider, which can scale the output voltage of the circuit based on the value of the variable resistor, which is scaled using the knob. It has three pins: GND, Signal, and +5V as shown in the diagram below − 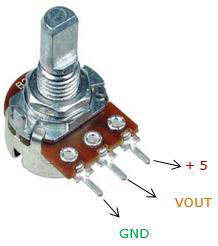 By changing the pot’s NOP position, servo motor will change its angle.