Memory loss is the medical term for sudden memory loss. Memory loss may be retrograde, where the affected person forgets recent events, or posttraumatic, in which the individual no longer remembers current events. Anterograde memory loss is the opposite of retrograde memory loss, a failure to retain knowledge in the brain. In most cases of abrupt memory loss, the lost data is called temporal or explicit memory; the person forgets specific instances or pieces of data. They retain their procedural and implicit memories, which are necessary for everyday tasks like using a smartphone or riding a bicycle. 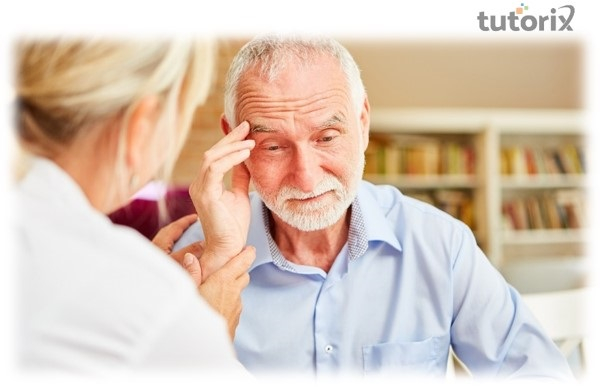 Anterograde memory loss occurs when a person has trouble learning new knowledge yet can remember details about the past. Fans of the hit film Fifty First Dates will recognize this memory loss. While the movie itself was fictional, it reflected situations that might occur in the real world. In the days following the film's release, reports of medical cases with striking parallels began appearing, such as that of a one ng woman whose epilepsy and Functional Cerebral palsy Disease helped stop her from creating new memories and that of a patient or client who had an adverse reaction to anesthesia and suffered a comparable loss of ability. Injury to the hippocampus is a common suspect in persistent memory loss known as anterograde memory loss. This harm may be brought on by an accident, surgical procedures, alcohol consumption, or even an extreme thiamine deficit. No matter what precipitated the trauma, the impacted individual loses the ability to store recent events in long-term memory. Patients taking benzodiazepines, generally known as tranquilizers like Velum as well as Xanax, have been found in investigations to have anterograde memory loss.

When an accident or illness causes individuals to die, access to memories before the incident is known as retrograde memory loss. Those affected may often recall abstract concepts and facts but not concrete details of their past. Ribot's Law, a clinical theory, states that recent recollections are lost first, with even more embedded memories likely to be significantly likely to be dislodged. Hence the memories that are kept may be used to indicate how severe the illness is. Recent research has shown that the severity of memory loss might be a good indicator of whether or not the temporal cortex was also affected by brain trauma.

Dewar describes an individual with significant anterograde memory loss after contracting limbic encephalitis. As a precaution, we will refer to the patient as "PB" from now on. To give one an idea of how severe PB's anterograde memory loss is, let me tell one a few anecdotes− when we initially met, PB's wife said to me that they had a family member from overseas living with them for many days. Nevertheless, within minutes after the buddy left, PB completely forgot about the visit. After such an hour of discussions and cognitive tests, I left the room for a few seconds and returned to test PB's memory retention unofficially. When I got back, PB pretended he had never seen me before. As a result of his work with PB, Dewar discovered that getting some shut-eye enhanced his recall of specific types of knowledge.

While on a cycling vacation with her spouse, a 34−year−old lady exhibited erratic behavior. She could not find her way around even familiar areas, kept stopping and wandering off the highway for no apparent reason, and twice even managed to leave her bicycle behind. Three weeks later, though, she began experiencing a headache, a little temperature, and a profound state of disorientation, punctuated at one point by hallucinations. Her optic discs were swollen, and there was a significant increase in the number of lymphocytes in her spinal fluid, but there were no other specific indicators of illness in the brain or spinal cord at this time. After the haze of hallucinations and disorientation cleared, a thorough mental examination revealed a case of extensive fixated memory loss accompanied by florid confabulation. Although her recovery was gradual, she remained incapacitated for over two months. By the time she was examined nine months after being sick, she had developed chronic retrograde memory loss encompassing around six weeks of her hospital stay and the previous three months, with a clear termination point at a specific occurrence during her cycling vacation. The quality of her memorization was likewise consistently low. She had a terrible memory and often misplaced items and forgot the names of people she had met. These flaws were quite minor, though, and she was otherwise able to function normally and take care of her house well. Around two years later, she passed away from something completely unrelated. The brain seemed healthy on a macroscopic level during the autopsy. Histological analysis revealed localized perivascular cuffing in the third ventricle's floor and extending slightly into the periaqueductal area. No other problems were detected."

Similarity between Anterograde and Retrograde

Difference between Anterograde and Retrograde

The given table highlights the major differences between retrograde and anterograde −