What is Decidability in TOC?

There are two types of languages in the theory of computation (TOC), which are as follows −

A problem is called decidable, when there is a solution to that problem and also can construct algorithms corresponding to that.

Find all the odd numbers in the range from 1 to 50.

For this problem, we can easily find a solution by constructing an algorithm. In terms of Turing Machine (TM), if a problem is decidable, then the Turing machine halts whether or not it accepts its input.

A language L over Σ is called decidable if,

For the Recursive Language

A Language ‘L’ is decidable if it is a recursive language.

The diagram given below explains the decidable language − 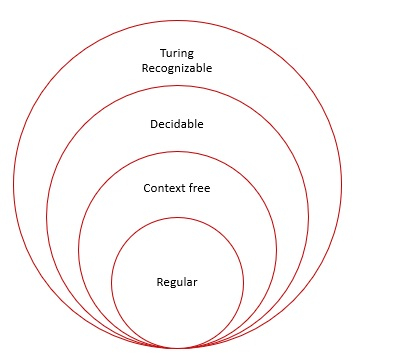