Uses of Bridges in Computer Network

A bridge is a network device that connects multiple LANs (local area networks) together to form a larger LAN. The process of aggregating networks is called network bridging. A bridge connects the different components so that they appear as parts of a single network. Bridges operate at the data link layer of the OSI model and hence also referred as Layer 2 switches. 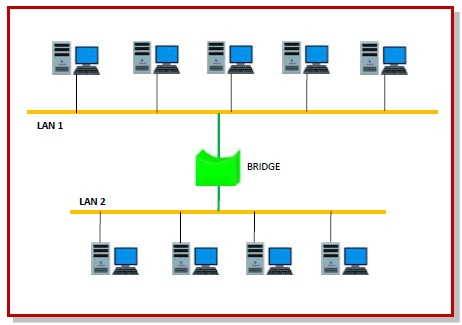