What is classified as a motor?

The motor is known to be a device that is known to provide a series of advancements in terms of technology. The motors have also contributed to major progress in the field of electrical engineering. These motors are known to transform electrical energy into mechanical energy (electrical4u, 2022). This aspect functions on the principle that as the current conductor is placed inside a magnetic field, the engine or the electric motor is known to be in a phase of the electromechanical system.

It has been discussed previously that the motor s typically classified into two distinct sections, that is, AC and DC motors. 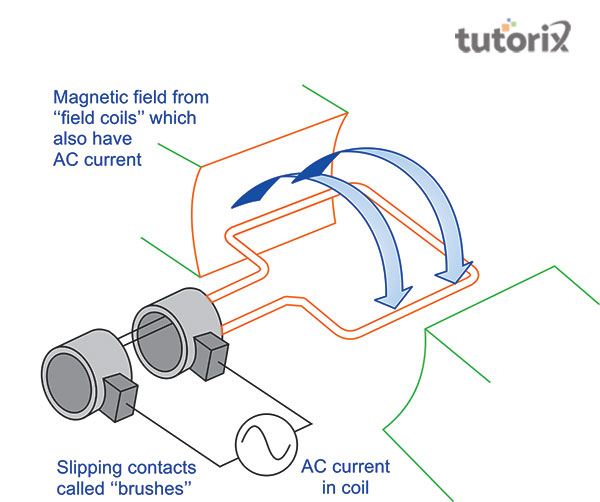 Motors are utilized in almost all the functioning of electrical types of equipment. AC motors are used in multiple industrial fields of work. It ranges from robotics to being used in cranes and lifts to lift heavy objects. According to Asafa et al. (2018), DC motors of shunt wounds are used in conveyer belts, vacuum cleaners, grinders etc.Compound wound DC motors are also used in elevators and centrifugal pumps

In simple terms, it can be concluded that the system that helps in generating a rotational force is classified as a motor. The very core principle regarding the working of the electric motors resides in the aspect that the force is encountered in a direction that is perpendicular to the magnetic field as well as the current, given the current and the magnetic field are allowed to interact with one another.

Q1. How many types of AC motors are there?

Q2. How many types of DC motors are there?

Ans. The DC motors are subdivided into two categories Brushed and Brushless motors. The brushless motors are further declassified in terms of series shunt and compound wound along with the permanent magnet.

Q3. What are the advantages of AC motors?

Ans. It has a controlled acceleration and an adjustable torque limit. These motors have lowered power line disturbances.

Q4. What are the advantages of DC motors?

Ans. These motors are comparatively easier to install. DC motors have a high staring torque.