What are AC motors?

AC motors is mentioned as the transformed motor of the current which is an electric motor that consists of a stator with the coil. It is delivered with the transformed current to change electric power to mechanical current (Wang, Reitz & Yaz, 2018 ). AC motors may be three-phase or single with three-stage motors mainly utilised for the conversion of bulk power. Single-phase AC motors are utilised for the conversions of small power. 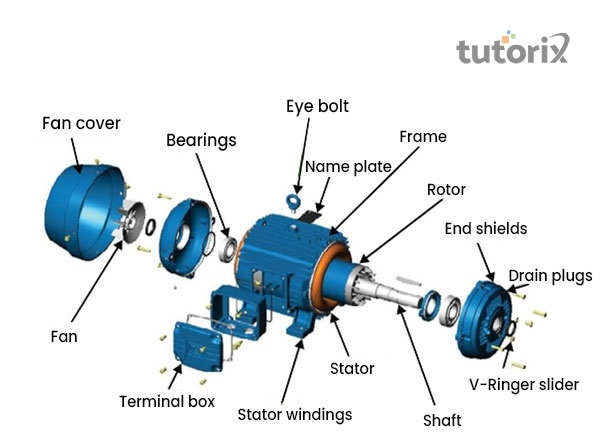 AC motors are demonstrated as the source of power for a broad variety of usages because of their effectiveness, feasibility and noiseless operations. The structure of AC motors is generally straightforward with the copper-wound stator that is magnetically driven and possesses a revolving field of magnets made over it (Lee, 2021). The motors of AC induction meet the requirement of IE4 and IE3 and international standards for the effectiveness of motors. 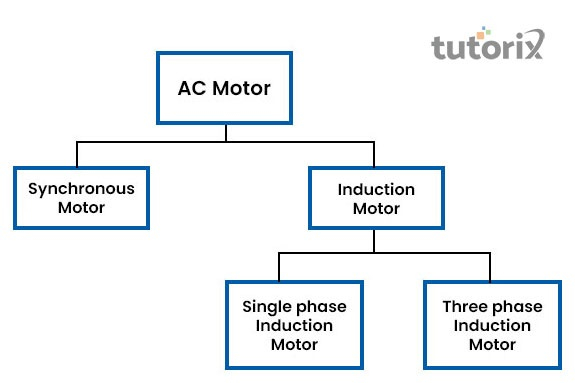 Induction motors: Induction motors are known to be AC (alternating current) electric motors. The electrical power in the rotor is needed to create torque which is accomplished through the induction of an electromagnet (Oliveira & Ukil, 2019). It is from the revolving field of a magnet of the stator winding.

Synchronous motors: It states that the AC motor is in the stable state of the shaft rotation in sync with the applied current's frequency. It does not rely on induced power to continue the operation (Stępniewski, 2018). Multiphase AC electromagnets are there on the stator which creates a revolving field of a magnet.

Single-phase motors: The induction motor of a single phase is demonstrated as an AC motor that alters the electrical energy into mechanical energy for some physical tasks. 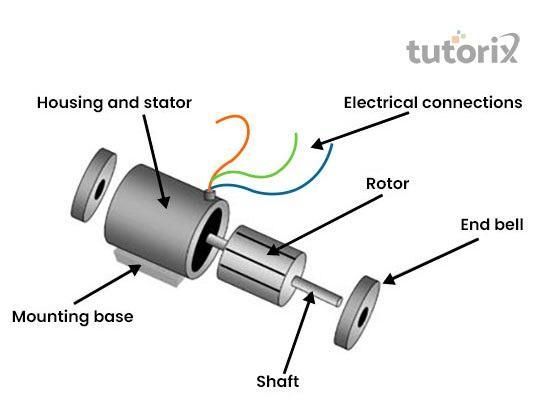 The motor of single-phase induction needs only the single phase of current for significant operations. It is utilised in the low application of power for industrial and domestic purposes.

Three-phase motors: It is demonstrated as the kind of electric motor that helps in transforming the energy from electrical to mechanical by interactions of an electromagnet. It is also known as the motor of self-starting induction. It does not need any additional starting devices.

The rotor shifts freely between two stator poles of an electromagnet with a little air gap between them during the positive half cycle. The Electromagnets attach directly to the AC supply source. The electromagnets get high on providing the supply of AC and creating magnetic poles.

Case 1: Considering pole A attains the polarity of the North pole and Pole B helps in attaining the polarity of the south. The unlike poles capture each other based on the magnetism law. The pole A Attracts the rotor's south pole. The rotor gets linked in a certain position as represented in the figure. 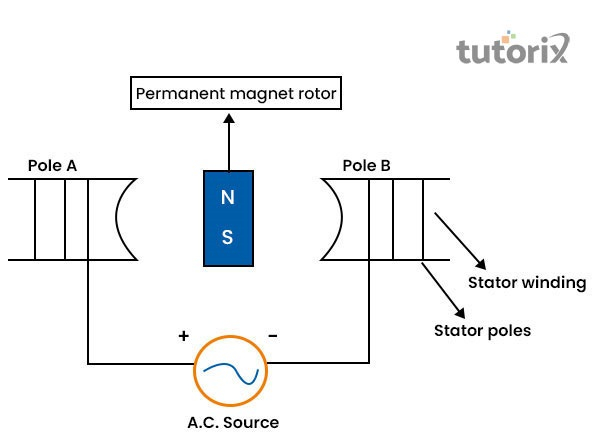 Case 2: The AC supply's polarity gets reversed during the negative half cycle. Hence, Pole A gets south polarity and Pole B gets North Polarity. In this case, like poles are facing each other. The repulsive force of the magnet tries to divert the room from that place. The attractive force of the magnet emerges into the picture as the rotor gets diverted. The rotor gets linked in a new position as represented in the figure.

AC motor possesses two important parts such as rotor (rotating part) and stator (stationary part). The stator is the AC motor is inactive and the major function is to transfer the rotary field of the magnet for connecting through the rotor. The assembly of the rotor in AC motors is created by pressing onto steel shafts which extend external of the motor casing to let the interaction to external broadcasting of the system of rotating power. Altering the slip of the motor and the frequency of the AC signal helps in controlling the speed of the AC motor. AC motors possess good power to the ratio of the weight, are inexpensive and the maintenance is less.

Q1. What is the benefit of AC motor over DC motor?

Ans. AC motors generate high torque and are referred to as brushless. The power and speed of AC motors may vary utilising a controller. AC motors do not spark as it requires no brush and commutator.

Q2. What is the motor’s principle?

Ans. The motor operates on the principle when a coil of rectangular shape is kept in the field of magnet and power is passed through it. A force performs on the coil which revolves it constantly.

Q3. What is the utilisation of Shaft and bearing?

Ans. Bearings are utilised to place the shaft in a certain place in the AC motor. Bearings help to lessen the shaft’s friction that is aligned to the casing permitting the motor to operate more effectively.

Q4. What is the major distinction between single phases and three-phase motors?

Ans. The single phase induction motor needs only single power to perform. On the other hand, the three-phase does not need any additional equipment for starting.