In this chapter, we will talk about the techniques involved in exponential smoothing of time series.

Exponential Smoothing is a technique for smoothing univariate time-series by assigning exponentially decreasing weights to data over a time period.

Mathematically, the value of variable at time ‘t+1’ given value at time t, y_(t+1|t) is defined as −

where,$0\leq\alpha \leq1$ is the smoothing parameter, and

According to the nature of the seasonal component, TES has two categories −

For non-seasonal time series, we only have trend smoothing and level smoothing, which is called Holt’s Linear Trend Method. 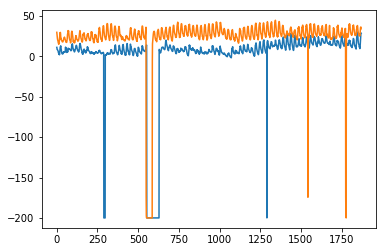 Here, we have trained the model once with training set and then we keep on making predictions. A more realistic approach is to re-train the model after one or more time step(s). As we get the prediction for time ‘t+1’ from training data ‘til time ‘t’, the next prediction for time ‘t+2’ can be made using the training data ‘til time ‘t+1’ as the actual value at ‘t+1’ will be known then. This methodology of making predictions for one or more future steps and then re-training the model is called rolling forecast or walk forward validation.