HP Quick Test Professional (QTP) is an automated functional testing tool that helps testers to perform automated regression testing in order to identify any gaps, errors/defects in contrary to the actual/desired results of the application under test.

Actions help testers to divide scripts into groups of QTP statements called actions. Actions are similar to functions in VBScript, however there are a few differences. By default, QTP creates a test with 1 action.

The properties of the action can be accessed by right-clicking the Script Editor Window and selecting "Properties". 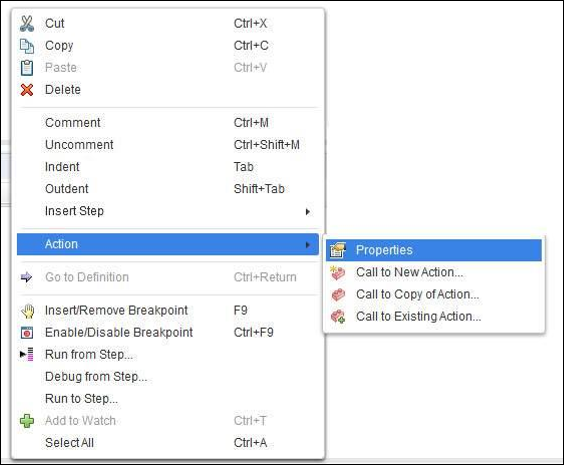 There are three types of actions −

For more information, please use the following link − http://www.tutorialspoint.com/qtp/index.htm