Running a python code comprises of two modes: running a script and debugging the script. This chapter focusses on debugging the Python script using PyCharm.

The steps for debugging the Python project are as explained below − 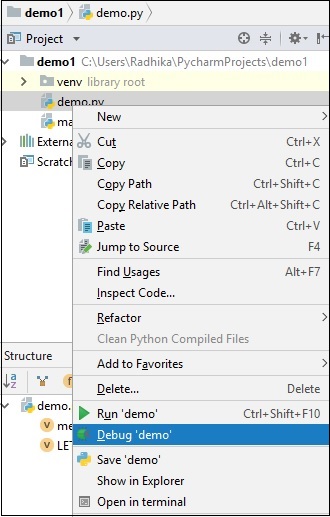 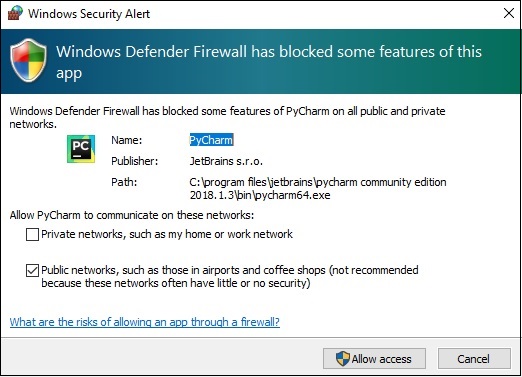 The debugging console is created in PyCharm editor as shown below which executes the output line by line.

The run button moves from one line to another to execute the output as the way we want.

While debugging a particular script, it is intentional to create a breakpoint. Breakpoints are intentional stopping place or the place where the code is paused in order to identify the output at specific stage. 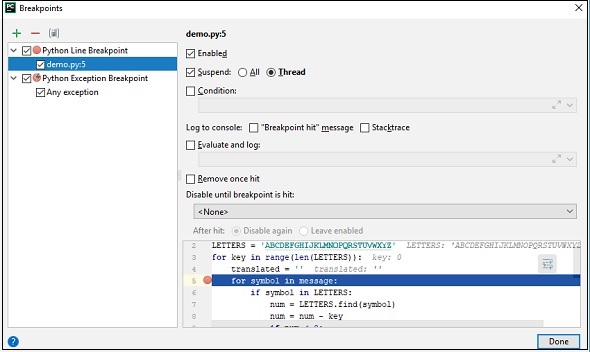 In PyCharm, breakpoints are visible using a separate dialog in the specified editor. It includes various attributes to evaluate the breakpoints defined and tracing log for the same with a main motive to achieve better programming practice.