How is the classification of Computer Networks done as per its architecture?

Network is a collection of computers that connect each other or communicate with each other. By using the network we can share the files from one place to another place.

For example − We have some movies or some pdf in our laptop. A friend wants the pdf or movie, and he is away from us at a distance of 10km.

But if we click the send button, it transfers the files to our friend. Here, the network is useful to transfer the data from one place to another place.

Network is useful for resource sharing. It increases the storage capacity if we have low storage in our machine.

For example − Our machine has 2gb space only but we have to open the file which is 10gb. We can use the cloud wherein, we can access the full 10gb. Moreover, if we want to connect to the cloud we must use a network.

If we want to chat with another person or watch any news on the web, everything is dependent on the network.

Network Architecture is a framework of an organization’s hardware, software, communication protocols, transmission mode and connectivity.

The two types of network are as follows −

Peer to peer architecture, basically known as P2P architecture, is a networking architecture in which each node, workstation have the same capabilities and tasks (responsibility).

Peer to peer (P2P) also referred to as a single software program designed in such a way so that each instance of our program may act as both client/server, having a set of responsibilities and status, P2P is used broadly for content distribution, also in on-demand content distribution.

It is an example of distributed network architecture. Both wired and wireless networks can be configured as peer-to-peer networks. It is used in home networks and very small businesses, and it is an easy communication medium for one-to-one networking, it is also called as file sharing network.

There is always a challenge in the security of the overall system as all the nodes/workstation have the same responsibility but some nodes may act differently (attacker).

The overall system memory increases in the case of a P2P network. 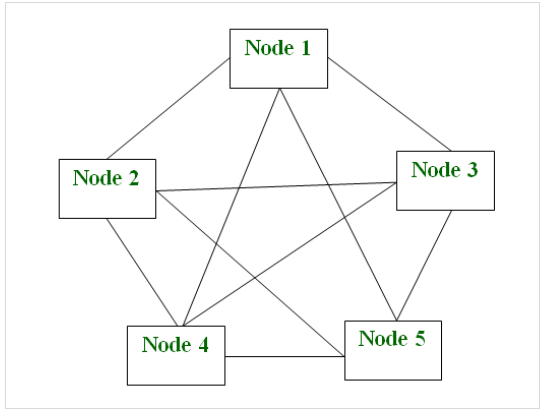 A client-server network consists of multiple clients, or workstations, connecting to at least one central server.

Most of the data and applications are installed on the server. Whenever the client wants to access the data, they access them from the server.

In client/server network architecture every computer in the network works as either client or server.

The server is a powerful computer with more processing and storage capability than the client. The name implies the server serves its clients and manages the resources and provides storage facilities to the clients that can be other computers, mobiles and other devices on the network.

Client-server networks tend to have faster access speeds because of the large number of clients they are designed to support.

The clients are allowed to function as workstations without sharing any resources. It is easier to upgrade software applications and files because they are held on one single computer.

Clients depend on servers for their resources like files, storages, peripherals and processors.

The large number of computers and devices can be connected on a client/server network and managed by a human administrator. 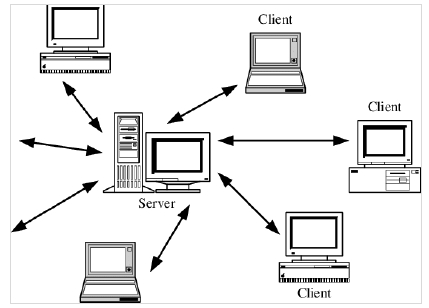