What are the types of Static Interconnection Networks in Computer Architecture?

Since every node is connected to every other node in the network, routing of messages between nodes becomes a straightforward task. Completely connected networks are, however, expensive in terms of the number of links needed for their construction. This disadvantage becomes more and more apparent for higher values of N.

It should be noted that the number of links in a completely connected network is given by N (N - 1)/2, that is, O (N2). The delay complexity of CCNs, measured in terms of the number of links traversed as messages are routed from any source to any destination is constant, that is, O(1). An example of having N = 6 nodes is shown in the figure. A total of 15 links are required to satisfy the complete interconnectivity of the network. 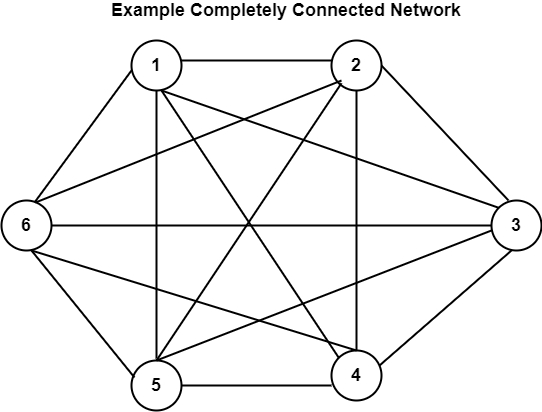 Limited connection networks (LCNs) do not provide a direct link from every node to every other node in the network. Instead, communications between some nodes have to be routed through other nodes in the network. The length of the path between nodes, measured in terms of the number of links that have to be traversed, is expected to be longer compared to the case of CCNs.

Two other conditions seem to have been imposed by the existence of limited interconnectivity in LCNs. These are the need for a pattern of interconnection among nodes and the need for a mechanism for routing messages around the network until they reach their destinations. These patterns include linear arrays, ring (loop) networks, two-dimensional arrays (nearest-neighbour mesh), tree networks, and cube networks. 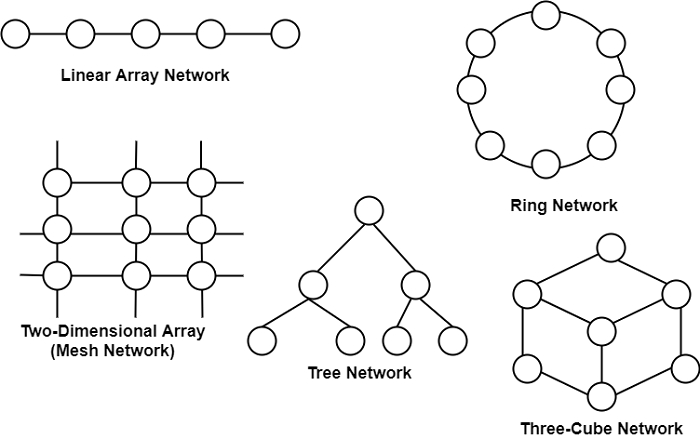