Blocking networks possess the property that in the presence of a currently established interconnection between a pair of input/output, the arrival of a request for a new interconnection between two arbitrary unused input and output may or may not be possible. Examples of blocking networks include Omega, Banyan, Shuffle–Exchange, and Baseline. Consider, for example SEN, as shown in the figure. 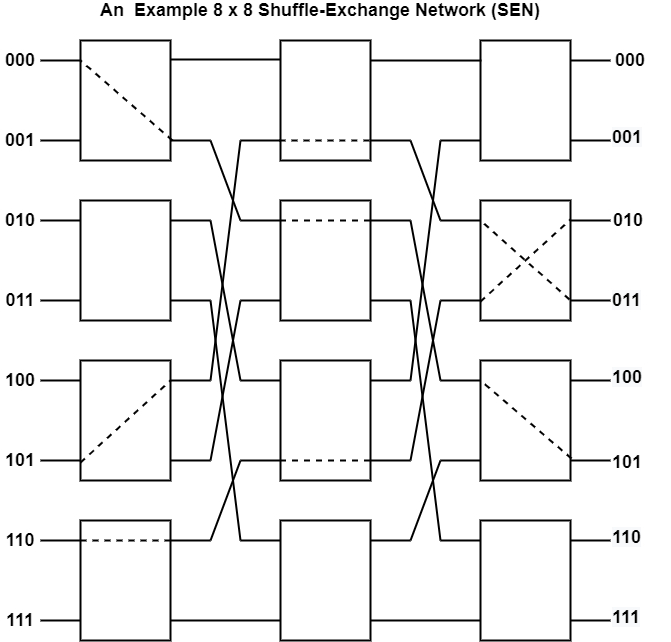