Explain the types of Microwave Transmission?

It makes use of the lower gigahertz frequencies of the electromagnetic spectrum. These frequencies are higher than radio frequencies, and they make better throughput and execution. This transmission can be further classified as Terrestrial or Satellite.

There are two types of microwave transmission, which are as follows.

These systems use directional parabolic antennas to transmit and receive signals in the lower gigahertz range, as shown in the figure. These signals are highly focussed and travel insight. Relay towers can extend signals. Smaller terrestrial microwaves systems can be used inside a building. Some microwave LANS works at low power using small transmitters that communicate with Omni-directional Hub. 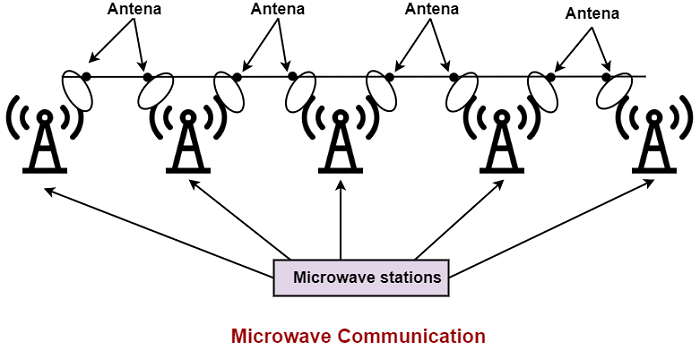 There are the following characteristics of Terrestrial Microwave Systems, which are as follows. 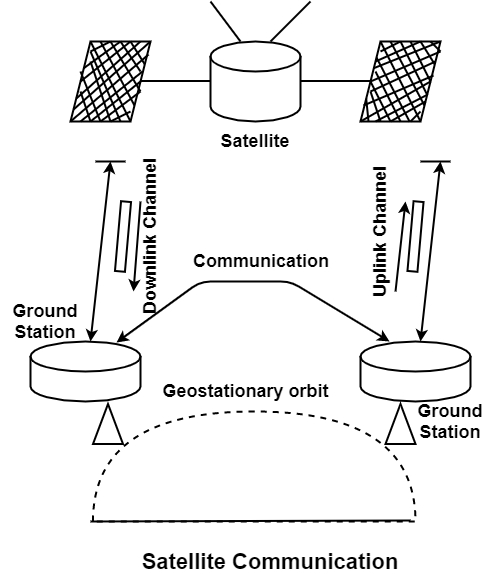