The rectifiers are used to convert alternating current (AC) to direct current (DC). The advantages of increased number of phases of the AC supply are given as follows −

Therefore, because of these advantages 6-phase is preferred instead of 3-phase for rectification. In order to obtain three to six phase supply, the double delta connection is used.

The connection arrangement of the double-delta connection for three-to-six phase transformation is shown in the figure. 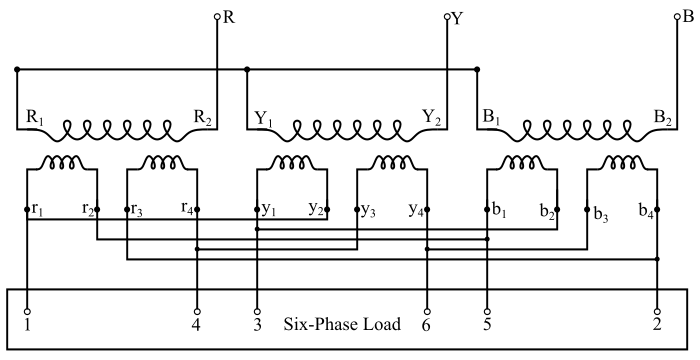 Therefore, a true 6-phase supply is obtained when the six terminals are connected to a 6-phase load.