1 - Gujarat celebrates its foundation day on 1st May

Today is the 60th Foundation Day of Gujarat. Every year, 1st May is celebrated in different districts of Gujarat by launching various welfare schemes. This year, there is no official celebration due to the model code of conduct (MCC). The state of Gujarat came into existence on 1st May 1960 after division of Mumbai state. Maharashtra Day is celebrated every year on 1st May to mark the Maratha speaking region that was founded on 1st May 1960. The state was formed under Bombay Reorganization Act in 1960. This year, the state government of Maharashtra organized the main function in Mumbai and celebrated this red-letter day at Shivaji Park, central Mumbai.

Mangaluru Police Commissioner SandeepPatil flagged off the all-women police patrol unit named ‘Rani Abbakka Force’ in the city to handle issues pertaining to Women and Children. The Force has been named after the 16th-century warrior of coastal Karnataka, Queen Abbakka of Ullal near Mangaluru, who fought the Portuguese in the 16th century. 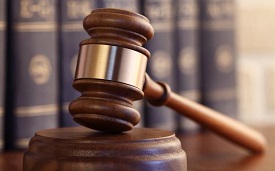 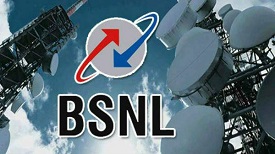 With the launch of ‘Bharat Fibre’, the state-owned telecom firm, BSNL (Bharat Sanchar Nigam Limited) became the 1st operator to start optical fibre-based high-speed broadband service in Pulwama. The Bharat Fibre services with reliable and high-speed internet are provided on the optical fibre by FTTH (fibre-to-the-home) service up to the customer premises. 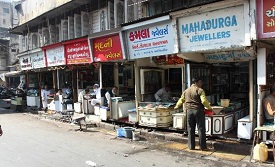 ‘Gujarat Shops and Establishments (Regulation of Employment and Conditions of Service) Act, 2019’ passed by Gujarat Assembly which came into force from May 1, 2019. The Act will allow the shops and other businesses in the state to operate 24×7. The Act was passed by Gujarat Assembly earlier in February, 2019. The Act replaced the Gujarat Shops and Establishments Act, 1948 which prevented shops and other businesses from operating between 12 to 6 a.m. 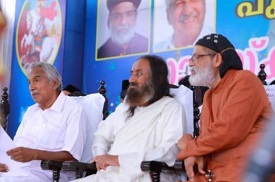 Indian spiritual leader, Sri Sri Ravi Shankar, was presented with the ‘Order of St. George’ Award for the year 2019 as part of the Commemorative Feast at the Puthuppally St. George Orthodox Church (462-year-old) in Kottayam, Kerala. In 1981, Sri Sri founded the Art of Living Foundation, a volunteer-based Non-Governmental Organization (NGO) providing social support to the people. 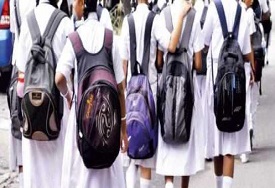 Karnataka government issued a circular, following the order of the Union Ministry of Human Resource Development, directing all schools in the state, including government, aided and unaided institutions, to limit the weight of a schoolbag which is not more than 10% of the child’s weight. The third Saturday of every month should be followed as “No School Bag Day”. 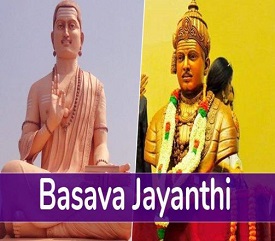 On 7th May 2019, Basava Jayanthi was celebrated in Karnataka, Maharashtra and Andhra Pradesh to commemorate the birth of Basavanna, a Hindu Kannada poet of the 12th century. It was traditionally observed by the Lingayats. He is believed to be the founding saint of the Lingayat section. Basavanna was born Karnataka’s Ingaleshwar, Bagewadi town on 20th March 1134, the third day of Vaisakha month of the Anandanama (Samvatsara) in the year 1134 A.D.

The National Institute of Open Schooling (NIOS) under Ministry of Human Resource Development and National Health Mission of Public Health Department (NHMPH), Government of Maharashtra inked Memorandum of Understanding (MoU) which focused on the offerings of vocational programmes to the Health Service Providers of National Health Mission (NHM) with the help of NIOS.

The Brahmakalashothsava festival 2019 has started in Karnataka. This is a 6-day festival celebrated annually in the ancient Chandkuru Sri Durga Parameshwari Temple situated in Polali, Dakshina Kannada district in Karnataka. Shri Rajarajeshwari is the presiding deity of the temple.

12 - Thrissur Pooram festival was celebrated in Kerala and was attended by around 10,000 people 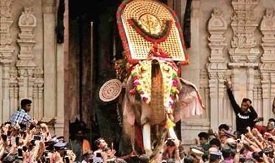 The opening of the popular Thrissur Pooram festival in Kerala was attended by around 10,000 people along with 54-year-old tusker, Kerala's tallest elephant ‘Thechikottukavu Ramachandran' after it has cleared the fitness test. Earlier, a ban had been imposed on the elephant after it killed two people during an event in Guruvayur, Kerala. 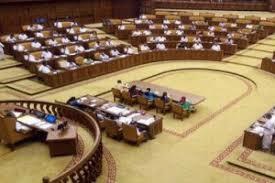 Kerala Assembly will go paperless by undertaking an initiative to digitize all its records under the project E-Vidhan. The project is assigned to the Cyber Park of Uralungal Labour Contract Cooperative Society. e-Vidhan, a Mission Mode Project (MMP) has been initiated as a part of Digital India program for State Legislatures and e-Sansad for Parliament. Himachal Pradesh is the first Digital Legislature of the country.

15 - India's Organic State, Sikkim celebrated its Statehood Day on May 16

India's Organic State, Sikkim celebrated its 44th Statehood Day on May 16. On May 16, 1975, Sikkim was officially merged into the union of India. It was the 22nd state of India. The first Chief Minister of the state was Kazi Lhendup Dorjee. On April 29, 2019, CM of Sikkim Pawan Kumar Chamling set the new record of being the longest-serving chief minister.

The Cabinet of Meghalaya has given its consent for setting up of Farmers’ Commission, which was proposed by the Agriculture Department following the resolution passed at the "farmers’ parliament", for looking into the issues faced by farmers. The first of it's in India, 'farmers' parliament' was organised in December 2018. 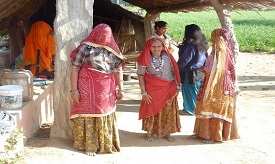 Rajasthan Government is set to revamp ‘Ujala Clinics’ for adolescents. It will appoint peer educators and shadow educators for counseling the youngsters in order to ensure coordination with other medical and health schemes. It is health program launched by the Ministry of Health and Family Welfare for adolescents between the age group 10 and 19 years.

Maharashtra government has proposed to introduce the Maharashtra Land Titling Act which will be used for a single-window mechanism for authenticating land titles. This initiative will be first implemented in Mumbai as linking of various departments and digitising records.

The Reliance Infrastructure promoted Mumbai Metro One Private Limited (MMOPL) has announced a tie-up with Instamojo, a payment gateway. The purpose of this tie-up is to enable card payments aimed at boosting cashless travel. The total 4.50 lakh commuters can now pay for all kinds of ticketing products by using debit or credit cards. 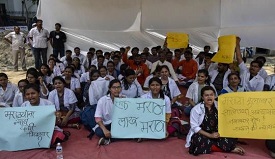 Maharashtra government has introduced an ordinance to provide quota to candidates seeking admissions to medical courses under Socially and Economically Backward Class (SEBC) Reservation Act, 2018. Other than this ordinance, the Socially and Educationally Backward Classes (Amendment and Validation) Ordinance, 2019 will introduce reservation in appointments in public services and other posts in the state.

22 - United Nation, not State under Article 12 as per the judgment of Delhi High Court Delhi High court passed a judgment in Sanjaya Bahel v. Union of India & Others that United Nations Organization (UNO) is not a State under Article 12 of the Indian Constitution. So it is not amenable to its jurisdiction under Article 226 of the Indian Constitution. The decision was given by Justice Suresh Kumar Kait against a petition filed by a Sanjay Bahel, former UNO employee who was found guilty of misconduct. He was then convicted by a US Federal Court and sentenced to 97 months of imprisonment and 2 years of mandatory probation. He was released and deported to India in May 2014. He claimed that due process was not followed in his case. Telangana recorded 15% Gross State Domestic Product (GSDP) growth for the Financial year ended March 31, 2019 with Rs.8,66,875 crore. For the year 2018, it stood at Rs. 7,53,804 crore. After the formation of Telangana state, this was the first ever highest growth registered.

24 - Telangana to set up country's first 'Blockchain District' in Hyderabad 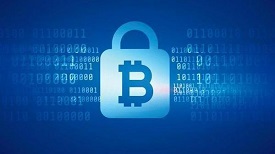 Telangana has released a draft blockchain policy to set up country's first 'Blockchain District' in Hyderabad. It is aimed to create an ecosystem for major blockchain companies, start-ups for promoting research, innovation and industry collaboration. Telangana Government had signed an agreement with Tech Mahindra to set up the Blockchain district in 2018. 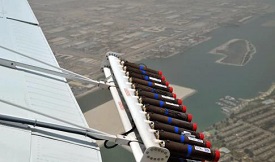 The cabinet of Karnataka has approved the Rs 93 crore cloud-seeding programme that would begin in June 2019 in order to tackle deficit rainfall in the state. It also promulgates an ordinance to protect gazetted officers, who will face demotion or lose their jobs, as their recruitment process in 1998 by the Karnataka Public Service Commission was found to be irregular.

Meghalaya Chief Minister Conrad K Sangma launched a new project to boost medicinal and aromatic plants cultivation named "Aroma Mission". "Aroma Mission" is a project of Rs.18 crore launched to give importance for agriculture and allied sectors so that farmers earn the benefits from it.

27 - MeitY in association with NASSCOM to jointly set up Internet of Things facility in Visakhapatnam, Andhra Pradesh 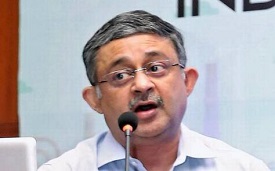 The Ministry of Electronics and Information Technology (MeitY) in association with the National Association of Software and Services Companies (NASSCOM) will jointly set up Internet of Things (IoT) facility in Visakhapatnam, Andhra Pradesh. Apart from Vizag, NASSCOM will set up Centres of Excellence(CoEs) for industries in Bengaluru, Gurugram and Ahmedabad to promote the use of Artificial Intelligence. 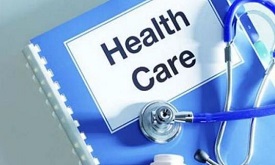