1 - International Day for Biological Diversity celebrated on 22 May

The UN General Assembly proclaimed 22 May, the date of the adoption of its text, as the International Day for Biological Diversity on 20 December 2000.

The theme for International Day for Biological Diversity 2019 is 'Our Biodiversity, Our Food, Our Health'.

2 - Anti-Terrorism Day observed on 21 May 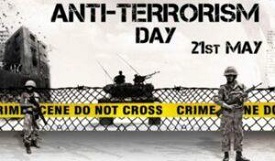 May 21 is chosen as Anti-terrorism day in India to commemorate the death Anniversary of former Prime Minister Rajiv Gandhi died in a terrorist attack.

On this day Anti-Terrorism pledge is taken in all the government offices and other public institutions. He served as the prime minister from 1984 to 1989.

3 - UAE Celebrates World Day For Cultural Diversity On May 21 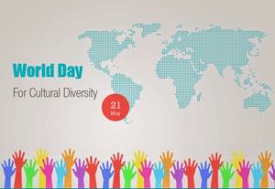 On 21st May, the UAE celebrated World Day for Cultural Diversity for Dialogue and Development to highlight its efforts in promoting tolerance and cultural diversity.

The event coincides with the country’s declaration of 2019 as the Year for Tolerance. The UAE has cultural relations with many countries and is an active member of the United Nations Educational, Scientific and Cultural Organisation, UNESCO. 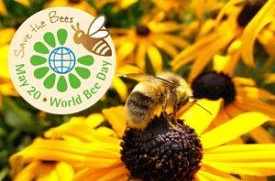 To raise awareness of the importance of pollinators (such as bees, butterflies, bats and hummingbirds), the threats they face and their contribution to sustainable development, the UN designated 20 May as World Bee Day.

20 May coincides with the birthday of Anton Janša, who in the 18th century pioneered modern beekeeping techniques in his native Slovenia and praised the bees for their ability to work so hard, while needing so little attention.

5 - World Metrology Day organized on 20 May

World Metrology Day is observed every year on 20 May.

The theme for World Metrology Day 2019 is The International System of Units - Fundamentally better.

6 - International Day of Light observed on 16 May 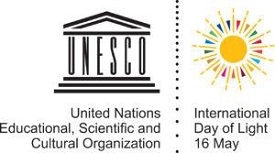 May 16th is celebrated globally as the International Day of Light. 2019 marks the global celebration of the second edition of the event.

It is an official observance of UNESCO that provides an annual focal point for the continued appreciation of light and the role it plays in science, culture, and art, education, sustainable development, communications, and energy.

7 - World Telecommunication and Information Society Day observed on 17 May

World Telecommunication & Information Society Day is observed all over the world on 17th May.

The theme for World Telecommunication & Information Society Day 2019 is 'Bridging the Standardization Gap'.

8 - Sikkim Statehood Day organized on 16 May

President Ram Nath Kovind has greeted the people of Sikkim on their statehood day.

It was on 16th May 1975 that Sikkim officially merged with the Indian union and became the 22nd state of the country.

9 - International Day of Families celebrated on 15 May

In 1993, the General Assembly decided in a resolution that 15 May of every year should be observed as The International Day of Families.

The Theme for 2019 International Day of Families is “Families and Climate Action: Focus on SDG 13".

The theme for World Migratory Bird Day 2019 is ‘Protect Birds: Be the Solution to Plastic Pollution.’.

11 - International Nurses Day observed on 12 May 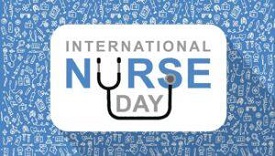 International Nurses Day is celebrated around the world on 12 May. It celebrates the birth anniversary of Florence Nightingale.

The theme for 2019 International Nurses Day 2019 is "Nurses – A Voice to Lead – Health for All". It was first celebrated by the International Council of Nurses (ICN) in 1965.

The 5th United Nations Global Road Safety Week is being observed from May 6 to 12, 2019. It is celebrated once in two years.

World Red Cross Day (also known as Red Crescent Day) is observed every year on May 8. It is a gentle nod to all the volunteers who have made an unparalleled contribution to people in duress or need.

The 2019 theme chosen by them is, ‘#Love’. Incidentally, the day is also the birthday of Henry Dunant, who had generated the Red Cross Committee of the International (ICRI) in 1863 in Switzerland, Geneva. 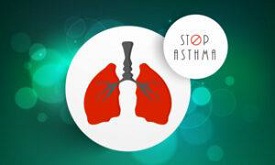 World Asthma Day is an annual event organized by the Global Initiative for Asthma (GINA) on the first Tuesday in May to improve asthma awareness and control around the world. This year it was observed across the globe on May 7, 2019.

The theme of World Asthma Day 2019 was ‘STOP for Asthma’.

World Laughter Day is celebrated on the first Sunday of May every year. It is a day to raise awareness about laughter and its many healing benefits.

The first celebration was on May 10, 1998, in Mumbai, India, and was arranged by Dr. Madan Kataria, founder of the worldwide Laughter Yoga movement.

World Press Freedom Day (WPFD) is celebrated all over the world on the 3rd of May.

The theme for WPFD 2019 is “Media for Democracy: Journalism and Elections in Times of Disinformation”.

17 - 'Maharashtra Day' and 'Gujarat Day' celebrated on 1 May 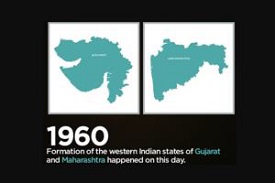 May 1 is celebrated as 'Maharashtra Day' and 'Gujarat Day'. In 1960, the Bombay Reorganization Act was passed by India's Parliament to divide the multilingual state of Bombay into Gujarat and Maharashtra. The legislation came into effect on May 1, 1960.

The state of Bombay formerly comprised of speakers of different languages such as Marathi, Gujarati, Konkani, and Kutchi. During the mid-1950s, a movement known as the Samyukta Maharashtra Andolan started demanding a separate Marathi-speaking state while Mahagujarat Movement aimed at the formation of a state for Gujarati-speaking people.

The United Nations (UN) established World Tuna Day on May 2 to raise awareness about the importance of tuna and to promote more sustainable fishing practices.

19 - International Workers' Day celebrated on 1 May

International Labour Day (also known as May Day or International Workers' Day) is celebrated across the world on 1st of May every year.

The theme of International Labour Day 2019 is “Sustainable Pension for all: The Role of Social Partners”. 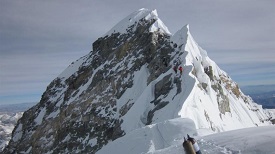 International Everest Day is being observed on 29th May. Nepalese Tenzing Norgay and New Zealand’s Edmund Hillary had climbed the Mt. Everest on this day (29th May) in 1953, as the first humans to achieve the feat.

Nepal decided to observe the day as International Everest Day since 2008 when the legendary climber Hillary passed away. Everest Day on May 29 every year in memory of the first summit of Mt. Everest by Sir Edmund Hillary and Tenzing Norgay Sherpa on the day in 1953. The day is celebrated with memorial events, processions, and special events in Kathmandu and the Everest region.