This kind of hardware was popular from the early 1980s to the late 1990s. These were fixed-function pipelines that were configurable, but not programmable. Modern GPUs are shader-based and programmable.

The fixed-function pipeline does exactly what the name suggests; its functionality is fixed. So, for example, if the pipeline contains a list of methods to rasterize geometry and shade pixels, that is pretty much it. You cannot add any more methods. Although these pipelines were good at rendering scenes, they enshrine certain deficiencies. In broad terms, you can perform linear transformations and then rasterize by texturing, interpolate a color across a face by combinations and permutations of those things. But what when you wanted to perform things that the pipeline could not do?

In modern GPUs, all the pipelines are generic, and can run any type of GPU assembler code. In recent time, the number of functions of the pipeline are many - they do vertex mapping, and color calculation for each pixel, they also support geometry shader (tessellation), and even compute shaders (where the parallel processor is used to do a non-graphics job).

Fixed function pipelines are limited in their capabilities, but are easy to design. They are not used much in today’s graphics systems. Instead, programmable pipelines using OpenGL or DirectX are the de-facto standards for modern GPUs.

The following image illustrates and describes a fixed-function Nvidia pipeline. 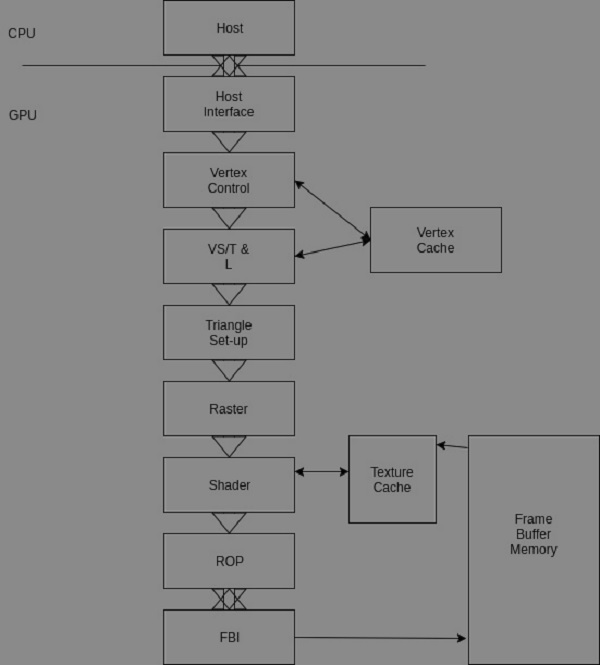 Let us understand the various stages of the pipeline now −

The CPU sends commands and data to the GPU host interface. Typically, the commands are given by application programs by calling an API function (from a list of many). A specialized Direct Memory Access (DMA) hardware is used by the host interface to fasten the transfer of bulk data to and fro the graphics pipeline.

In the GeForce pipeline, the surface of an object is drawn as a collection of triangles (the GeForce pipeline has been designed to render triangles). The finer the size of the triangle, the better the image quality (you can observe them in older games like the Tekken 3).

The vertex control stage receives parameterized triangle data from the host interface (which in-turn receives it from the CPU). Then comes the VT/T&;L stage. It stands for Vertex Shading, Transform and Lighting. This stage transforms vertices and assigns each vertex values for some parameters, such as colors, texture coordinates, normals and tangents. The pixel shader hardware does the shading (the vertex shader assigns a color value to each vertex, but coloring is done later).

The shader stage gives the pixel its final color. There are many methods to achieve this, apart form interpolations. Some of them include texture mapping, per-pixel lighting, reflections, etc.

It is basically assigning a color to each vertex of a triangle on the surface (represented by polygon meshes, in our case, the polygon is a triangle), and linearly interpolating for each pixel covered by the triangle. There are many varieties to this, such as flat shading, Gouraud shading and Phong shading. 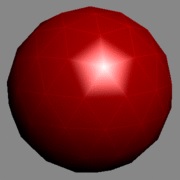 Let us now see shading using Gouraud shading. The triangle count is poor, and hence the poor performance of the specular highlight. 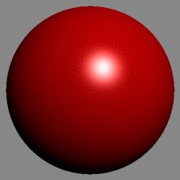 The same image rendered with a high triangle count.

In this technique, illumination for each pixel is calculated. This results in a better quality image than an image that is shaded using interpolation. Most modern video games use this technique for increased realism and level of detail.

The ROP stage (Raster Operation) is used to perform the final rasterization steps on pixels. For example, it blends the color of overlapping objects for transparency and anti-aliasing effects. It also determines what pixels are occluded in a scene (a pixel is occluded when it is hidden by some other pixel in the image). Occluded pixels are simply discarded.

Reads and writes from the display buffer memory are managed by the last stage, that is, the frame buffer interface.