In and Out of React VR and React 360 - a virtual reality technology that holds enormous potential to change the future.

A To Z Mentor

Embedding AUDIO in a 360 scene

Embedding VIDEO in a 360 scene

Virtual Reality is a form of interactive computer-generated environment that immerses users in a three-dimensional environment.

In this course you will get to understand a step by step learning of building virtual reality (VR) apps in the technology from where it all started i.e., Facebook’s React VR and its latest version React 360.

Every lecture in this course is explained in 2 Steps.

Step 1 : Explanation of the concepts theoretically.

The overall inclusions and benefits of this course: 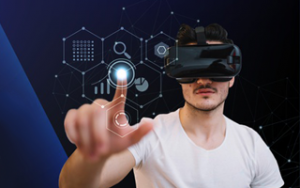