For small values of z,

In the following graph, the class between flux and wavelength, there are emission lines on top of the continuum. From the H-α line information, we get to conclude that roughly z = 7. This implies galaxy is moving at 70% of c. We are observing a shift and interpreting it as velocity. We should get rid of this notion and look at z in a different way. Imagine space as a 2D grid representing the universe as shown below. 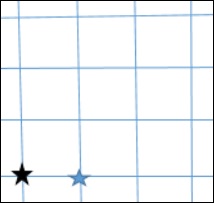 Consider the black star to be our own milky way and the blue star to be some other galaxy. When we record light from this galaxy, we see the spectrum and find out its redshift i.e., the galaxy is moving away. When the photon was emitted, it had relative velocity.

The following image shows if mutual gravity overflows expansion then this is not participating in the Hubble’s law. 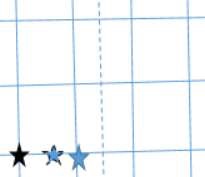 As per a Special Theory of Relativity, two objects passing by each other cannot have a relative velocity greater than the speed of light. The velocity we speak about is of the expansion of the universe. For large values of z, the redshift is cosmological and not a valid measure of the actual recessional velocity of the object with respect to us.

It stems from the Copernicus Notion of the universe. As per this notion, the universe is homogeneous and isotropic. There is no preferred direction and location in the universe.